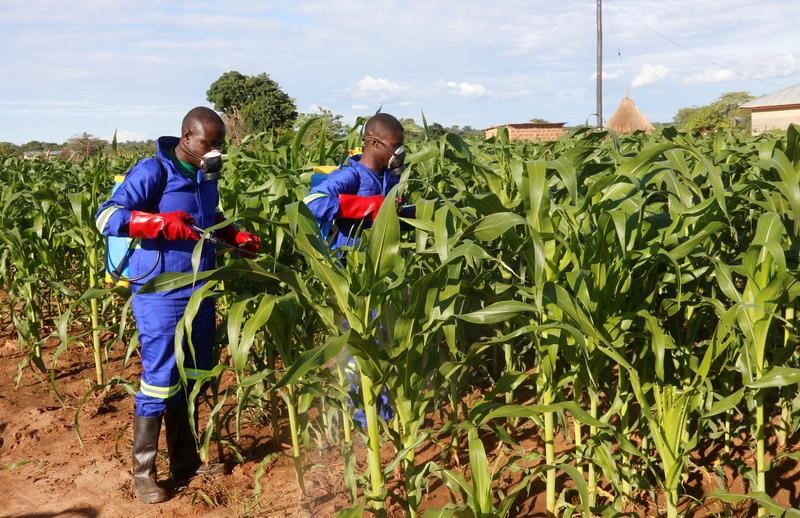 JOHANNESBURG (Reuters) – A suspected outbreak of armyworms has spread to Namibia and Mozambique and is causing “considerable crop damage” in southern Africa, the U.N.’s Food and Agriculture Organisation said on Friday.

They follow a crippling El Nino-triggered drought which scorched much of the region last year, hitting crop production and leaving millions in need of food aid.

Countries with confirmed outbreaks can face import bans on agricultural products because the armyworm is classified as a quarantine pest. The pest can also cause extensive damage to crops and has a preference for maize, the regional staple.

The FAO said an emergency meeting would be held in Harare from Feb. 14 to 16 to shape coordinated emergency responses to the armyworm threat and other potential hazards such as the spread of avian flu which has been detected in other African regions.

In Malawi, where 6.5 million people, more than a third of the population, are dependent on food aid until this year’s harvest in March, the infestation has spread to all 28 districts in the country, threatening the staple maize crop.

The armyworm moths lay eggs in maize plants and the caterpillars have also been known to march en masse across the landscape – hence the name. They have been known to destroy 90 percent of the crop in fields they infest.

Tests are being conducted in South Africa to confirm if the species is the fall armyworm, an invasive Central American species that is harder to detect and eradicate than its African counterpart.

South Africa’s agriculture ministry is registering pesticides for use against the fall armyworm in the event that tests confirm its presence in the country’s maize belt.

To save lives, WHO wants global focus on catching cancer early