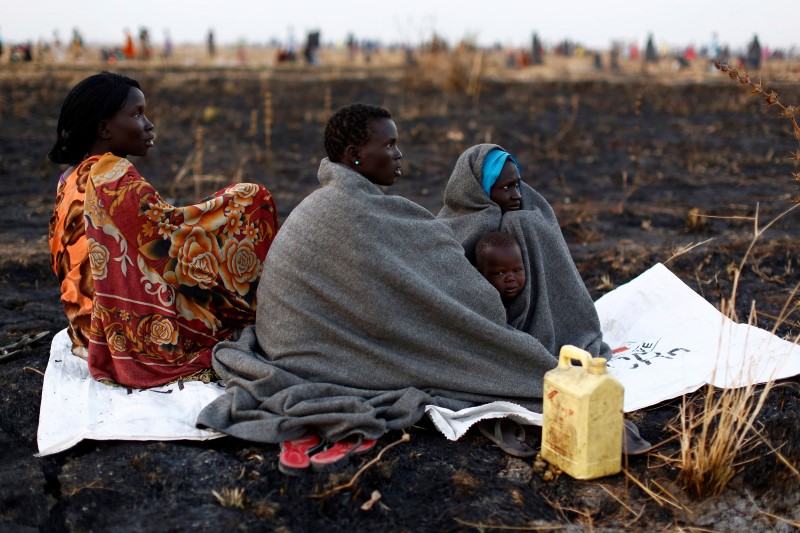 Image: Women wait to be registered prior to a food distribution carried out by the United Nations World Food Programme (WFP) in Thonyor, Leer state, South Sudan, February 25, 2017. REUTERS/Siegfried Modola

(Reuters Health) – Working as a surgeon in sub-Saharan Africa, Dr. Sherry Wren couldn’t help but wonder why so many more men than women sought her care.

Her curiosity led her to ask Doctors Without Borders for data on surgeries conducted in its humanitarian projects in 12 war-torn countries in Africa and the Middle East. Between 2008 and 2014, the nonprofit organization performed the majority – 69 percent – of its nearly 50,000 operations in those countries on men, Wren and her colleagues found.

“Working in low-income countries, primarily in sub-Saharan Africa, it has become obvious to me that women are underrepresented in the hospitals,” said Wren, professor and vice chair of surgery at Stanford University School of Medicine in Stanford, California.

“I’m concerned that women are having less access to surgery in these countries,” she said in a phone interview. “We don’t know causality here. My hypothesis is we’re looking at a societal judgment about how women are valued.”

The study analyzed surgical procedures from Doctors Without Borders projects, which, unlike other healthcare facilities in the regions, offer services for free. Most of the operations were performed in Afghanistan, the Democratic Republic of the Congo, Pakistan and South Sudan on civilians whose ages ranged from 1 to 105 years old.

In predominantly Muslim countries, men were 70 percent more likely to have surgical interventions, the study found, although senior author Wren believes the disparity likely stems not from religion but from culture.

Not surprisingly, men more frequently were treated for violent trauma, including injuries from bombs, gunshots and knives, Wren and her colleagues report April 8th in the journal Surgery. But 73 percent of the interventions for nonviolent trauma, such as burns and vehicle accidents, also were performed on men.

Dr. Barclay Stewart has seen far more male patients while working in Ghana, Nepal, Kenya and South Sudan, and in a phone interview, he said the study “sounds an alarm.”

“It comes at a time marked by the highest proportion of persons displaced by conflict and disaster in history,” he said. “The study should make us all concerned we’re not doing enough to be sure that women receive equal surgical care as men, have equal access to surgical care and have an equal understanding of conditions that require surgical care.”

Stewart, a surgery resident at the University of Washington in Seattle, was reluctant to draw conclusions from the study data. Researchers were unable to tease out whether men were more in need of surgical services; whether services were unavailable to women, and if so, why; and whether women chose traditional healers over western healthcare workers.

The data excluded obstetric and gynecological procedures and facilities, where women may be more comfortable seeking care, said Stewart, who was not involved in the study.

Men and women both often must travel long distances at great expense to get care in these areas of conflict, and once they arrive in a facility, they need a relative or friend to attend to the kind of tasks, such as feeding and linen-changing, assigned to hospital staff in higher-income countries, Stewart said.

Women get more than half the operations in higher-income countries, Wren said. She said she does not know what drives the gender disparity in these areas during armed conflicts.

“But I think it’s the same value judgments that keep males in school longer,” she said. “It’s all about gender-based value decisions.”

While healthcare may be less accessible to women than men during armed conflict, today’s wars make accessing care challenging for everyone, Stewart said.

“The war is happening on people’s front door steps. There are no enemy lines. It’s all entangled with civilians, women and children,” he said. “There’s so many barriers to care at all levels that there’s no silver bullet to overcome it, particularly for women.”

“In several conflicts, civilians have been intentionally targeted to demoralize an enemy,” Stewart said. “Civilians no longer have security when seeking healthcare. Unfortunately, women often are much less able to overcome the barriers to get the care when needed.”