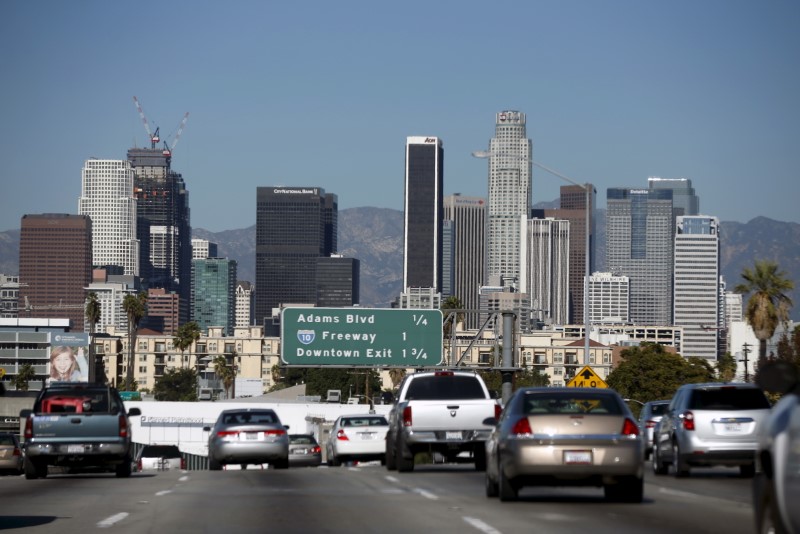 WASHINGTON (Reuters) – U.S. President Donald Trump is set to formally announce a review of vehicle fuel efficiency rules locked in at the end of the Obama administration when he meets with automaker chiefs this week, according to two sources briefed on the matter.

The move by Trump would be a victory for automakers after months of pushing the new administration to reconsider the rules, which they say would be too expensive, could cost jobs and are out of step with vehicles consumers want to buy.

Trump will visit an autonomous vehicle testing facility in a Detroit suburb on Wednesday and meet there with chief executives of several U.S. automakers.

His administration has decided to review the feasibility of the vehicle emissions rules, which apply to the years 2022 through 2025, sources told Reuters last week. Former President Barack Obama moved to keep them in the final days of his administration.

Reuters reported on the planned announcement on March 3. A formal notice by U.S. regulators to restart the review is expected to be made public on Wednesday.

The chief executives of General Motors Co, Ford Motor Co and Fiat Chrysler Automobiles NV will meet with the president in Ypsilanti Township, Michigan, along with senior officials from Japanese and German automakers, including Toyota Motor Corp, Nissan Motor Co and Daimler AG.

Trump will hold a roundtable with CEOs and then make a speech to autoworkers and others.

The U.S. Environmental Protection Agency had until April 2018 to decide whether the standards were feasible under a “midterm review,” but moved up its decision to a week before Obama left office in January.

Automakers argue the vehicle emissions rules, which would raise the fleet average fuel efficiency to more than 50 miles per gallon (mpg) by 2025 from 27.5 mpg in 2010, will impose significant costs and are out of step with consumer preferences. They argue they need more flexibility to meet the rules amid low gas prices.

Environmentalists, who favor the standards, say the rules will reduce fuel costs and greenhouse gases and have vowed to sue if the Trump administration weakens them.

Trade groups representing automakers, including General Motors, Volkswagen AG and Toyota, have asked the EPA to withdraw the determination finalizing the rules, which stem from a 2011 deal the industry reached with the U.S. government.

Changing the 2022-2025 fuel rules will require a lengthy regulatory process and environmentalists and Democratic state attorneys general are likely to sue if the Trump administration significantly weakens the requirements.

The Obama administration said in 2011 the changes would boost fuel efficiency to a fleet-wide average of 54.5 mpg, save motorists $1.7 trillion in total fuel costs over the life of the vehicles and cost the auto industry about $200 billion over 13 years. The fuel standards were a central part of Obama’s legacy on addressing climate change.

In July, the EPA estimated the fleet would average only 50.8 mpg to 52.6 mpg in 2025 under the rules because Americans were buying more sport utility vehicles and trucks and fewer cars.

Automakers briefed on the meeting do not expect the EPA to take action this week to attempt to prevent California from setting its own vehicle emissions rules. A Trump administration official confirmed it does not intend to address California’s authority this week.

Reuters reported last week the EPA is considering taking steps to reverse California’s waiver under the Clean Air Act that allows it to set its own vehicle greenhouse gas emissions standards.

Trump has repeatedly met with automaker CEOs since taking office and made boosting employment, especially in the auto sector, a top priority.

Myanmar hit by 5.1 magnitude quake, no reports of damage

Zika will not be issue at Olympics: Rio health official