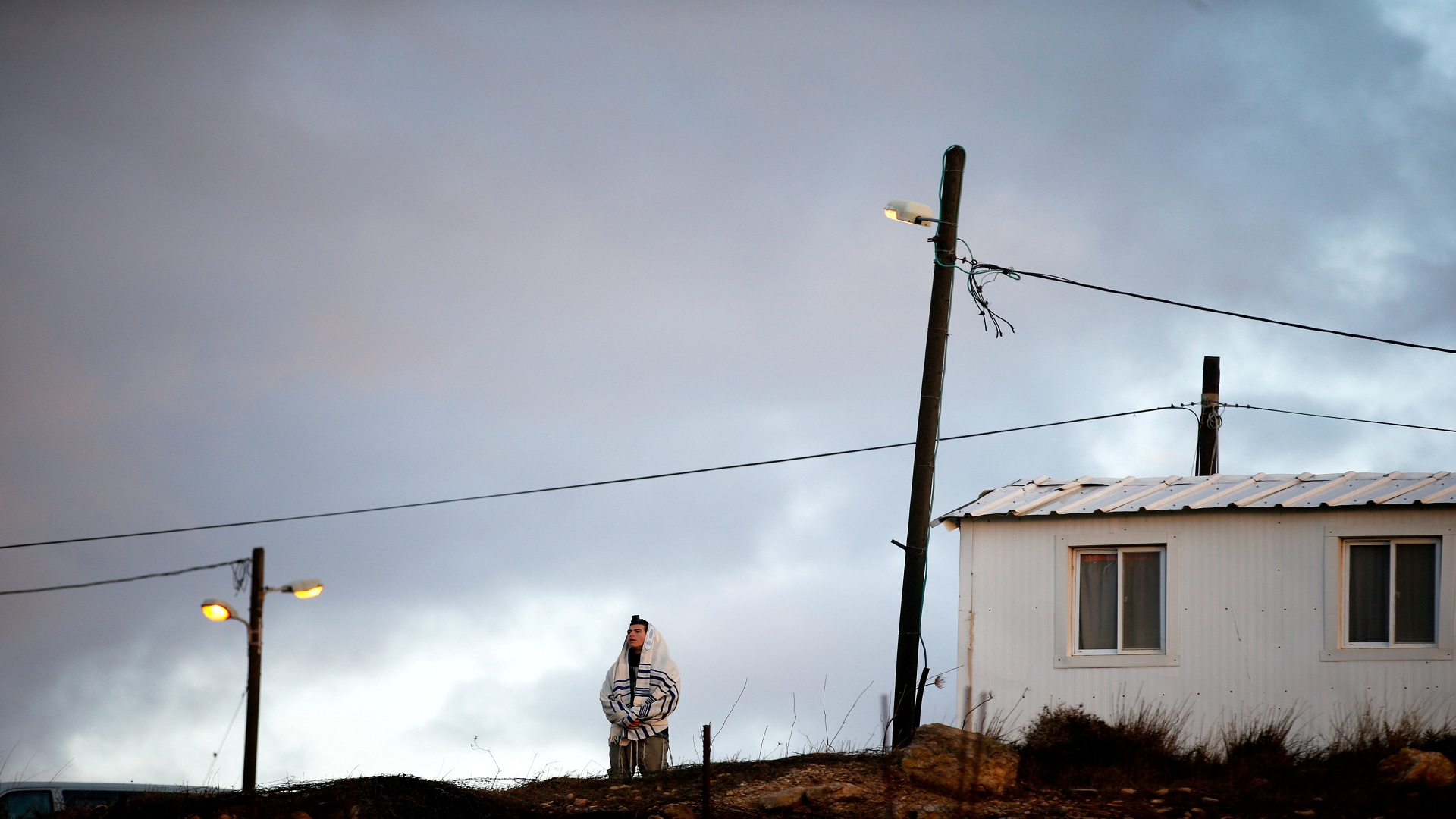 Image: FILE PHOTO: An Israeli man wearing a Jewish prayer shawl, prays near a home in the early morning, in the Jewish settler outpost of Amona in the West Bank December 15, 2016. REUTERS/Ronen Zvulun/File Photo

JERUSALEM (Reuters) – Israel’s security cabinet on Thursday approved the building of the first new settlement in the occupied West Bank in two decades, even as Prime Minister Benjamin Netanyahu negotiates with Washington on a possible curb on settlement activity.

The unanimous vote in favour of construction of the new settlement in an area called Emek Shilo came after Netanyahu earlier told reporters: “I made a promise that we would establish a new settlement … We will keep it today.”

The result of the vote was announced in a government statement.

“Today’s announcement once again proves that Israel is more committed to appeasing its illegal settler population than to abiding by the requirements for stability and a just peace,” said Hanan Ashrawi, an executive committee member of the Palestine Liberation Organization.

There was no immediate reaction from U.S. President Donald Trump’s administration, which is in discussions with Israel on limiting the construction of settlements on land Palestinians seek for a state.

Such settlements, in territory that Israel captured in the 1967 Middle East war, are deemed illegal by most of the world. Israel cites biblical, historical and political links to the land, as well as security interests, to defend its actions.

Netanyahu first promised the new settlement at Emek Shilo in February, shortly before dozens of Israeli families were evicted from another West Bank settlement called Amona. Their houses were razed after Israel’s Supreme Court said they were built illegally on privately owned Palestinian land.

Establishing a new settlement may be a way for Netanyahu to appease far-right members of his coalition government who are likely to object to any concessions to U.S. demands for restraints on building.

Israeli political sources, however, said the new construction would actually take place within the boundaries of an existing settlement. The new community would then be declared its own settlement, a nuance that might be enough to stave off possible U.S. opposition to the move.

Trump, who had been widely seen in Israel as sympathetic towards settlements, appeared to surprise Netanyahu during a White House visit last month when he urged him to “hold back on settlements for a little bit”.

The two then agreed that their aides would try to work out a compromise on how much Israel can build and where.

Trump’s Middle East envoy, Jason Greenblatt, this week wrapped up a second trip to the region aimed at reviving Middle East peace talks that collapsed in 2014.

Palestinians want the West Bank and East Jerusalem for their own state, along with the Gaza Strip.

Trump declares war on Republican conservatives: ‘We must fight them’