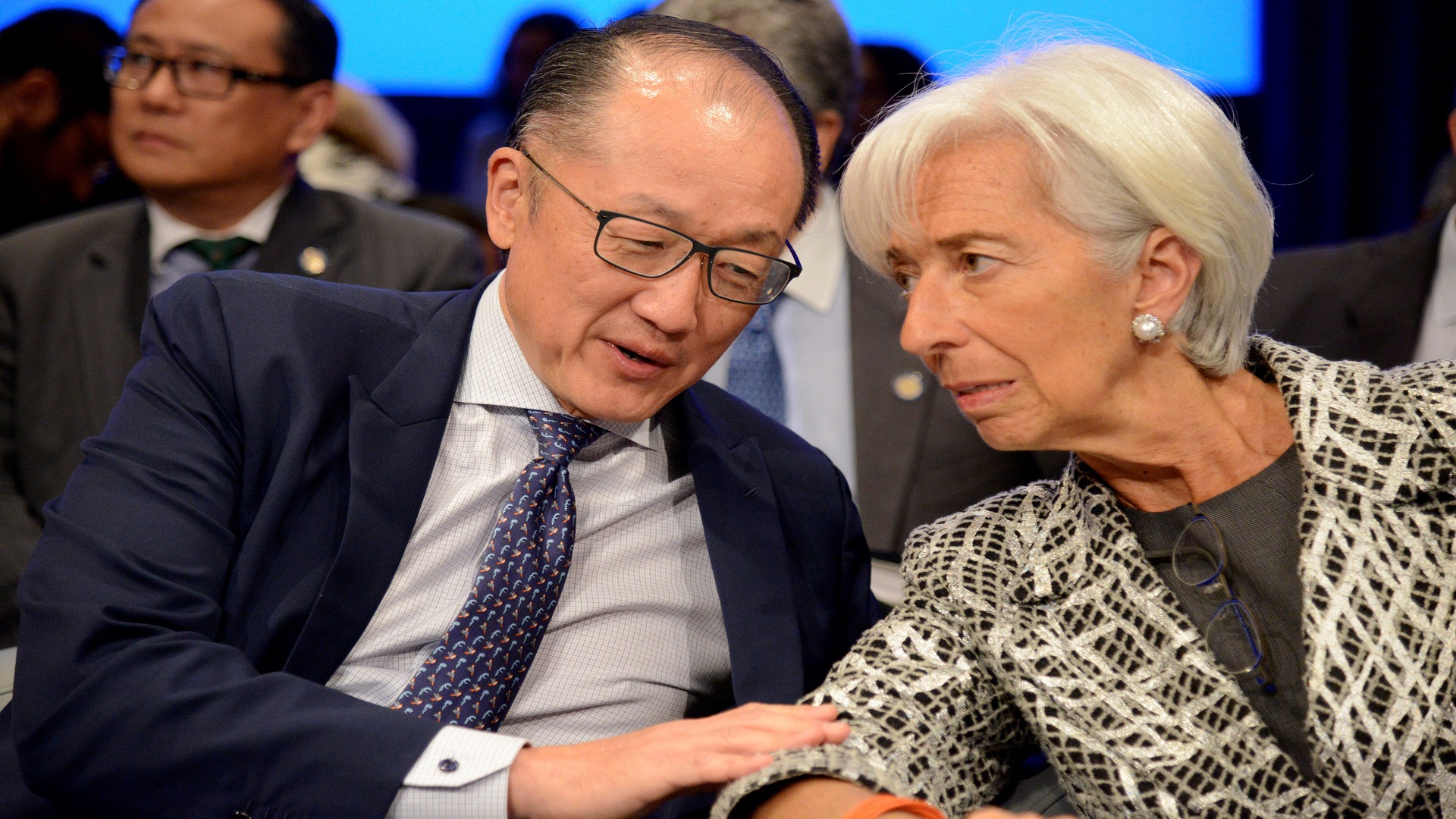 WASHINGTON (Reuters) – Member countries of the International Monetary Fund on Saturday pledged to work to reduce global imbalances but failed to repeat their past pledge to resist all forms of protectionism.

The International Monetary and Financial Committee (IMFC), the IMF’s steering body, also repeated its past commitments on currency exchange rates.

“We will refrain from competitive devaluations, and will not target our exchange rates for competitive purposes,” the IMFC said in a statement.

“We will also work together to reduce excessive global imbalances by pursuing appropriate policies. We are working to strengthen the contribution of trade to our economies,” it said.

The communique largely adopted the trade language from a G20 statement issued last month in Baden Baden, Germany, where U.S. Treasury Secretary Steven Mnuchin had said the anti-protectionism pledge was no longer relevant.

“There is no country that does not have any provision on trade,” Carstens told a news conference. “Instead of dwelling on what that concept means, we managed to put it in a more positive, more constructive framework.”

Carstens, who is among the global financial officials attending the IMF and World Bank spring meetings this week, said the goal was to take advantage of trade and that all members were “aligned” on the need for free and fair trade.

The IMFC statement also said that while the global economic recovery was gaining momentum, growth was “still modest” and it warned of heightened political and policy uncertainties.

A Shocking Exit and a Sad Day for Tennis

Colombia’s forecast on Zika-linked birth defect may be too high: minister