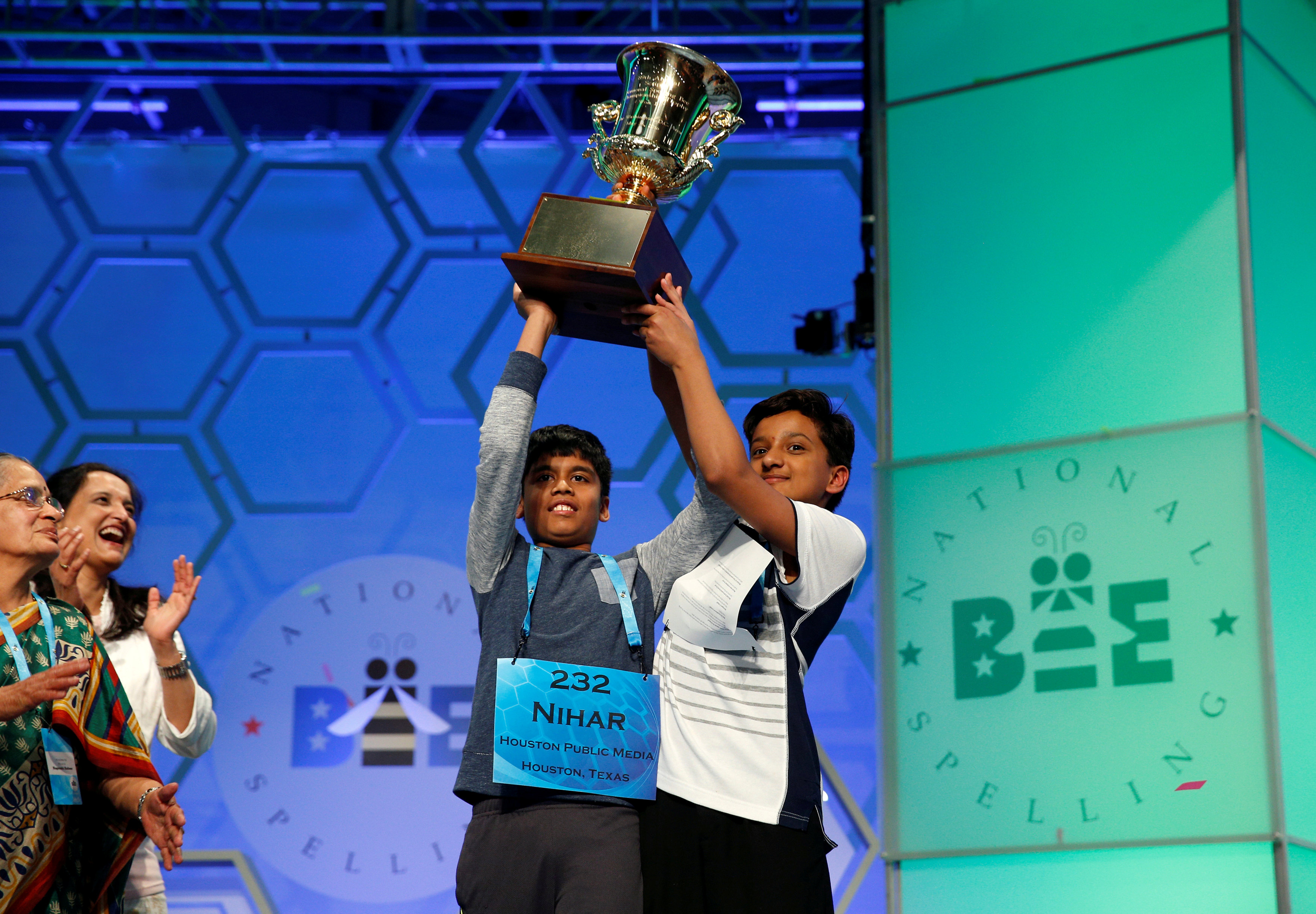 WASHINGTON (Reuters) – Scripps National Spelling Bee winners aced “gesellschaft” and “feldenkrais” to be named co-champions of last year’s competition, but it was the word “tie” that gave organizers a headache.

On Tuesday, the contest revealed new rules aimed at preventing ties after the annual competition ended in a dead heat three years in a row, with joint winners both getting $40,000 cash prizes in 2016.

Organizers said they would prefer to see a clear-cut champion, rather than a shared title.

The 290 young spelling whizzes from across the United States and six foreign countries in this year’s Bee will face a new written tie-breaker when they square off from May 30 to June 1 in a Washington suburb, organizers said.

The written test introduces a fresh hurdle for participants spelling ever-tougher words in the Bee, a national institution since its launch in 1925.

“During our history, students have expanded their spelling abilities and increased their vocabulary to push our program to be even more challenging,” Paige Kimble, the Bee’s executive director, said in a statement.

Ahead of this year’s title round, the finalists will be tested on 12 words, which they will hand write, and 12 multiple-choice vocabulary questions.

If it is mathematically impossible for one champion to emerge through 25 rounds, Bee officials will declare the speller with the highest tie-breaker score the winner. If there is a tie on the test, judges will declare co-champions.

This year’s Bee will draw contestants ages 5 to 15 culled from more than 11 million in the spelling program. The winner – or winners – each will receive the cash prize of $40,000.

To gain the title, Nihar spelled “gesellschaft,” a type of social relationship, and Jairam aced “feldenkrais,” a method of education.

South Korea says it wants U.S. troops to stay regardless of any treaty with North Korea

How to Getting More And Better Sleep With A Snoring Partner