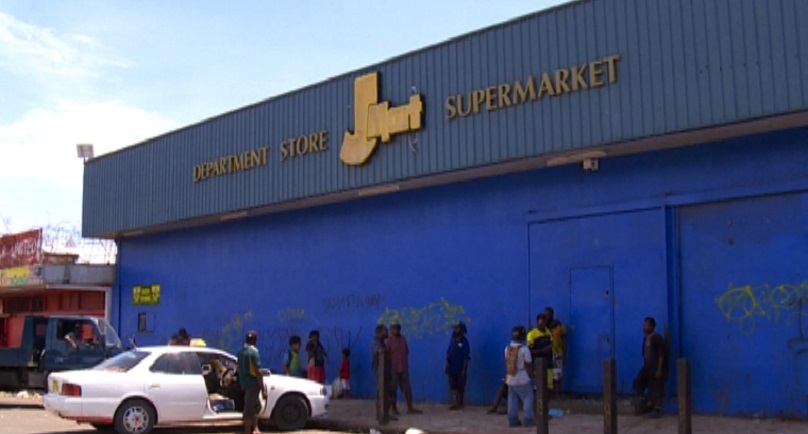 The J-Mart Shopping Centre in Port Moresby’s Taurama Suburb has lost hundreds of store goods, valuing up to millions of kina.

The shop was looted by at least 200 people following the standoff between the two disciplinary forces on Saturday, November 6.

Employees of JMart have described the looting as one of the worst since the shop began its operations.

Most of the goods looted included expensive items like TV screens, mobile phones and mattresses.

The looting began at the beer shop when employees were starting their daily routines.

Employees said once the looters entered the shop through the liquor section, they broke down the single door of the main shop and let other looters in.

The J-Mart maintenance team was notified of the looting at around 10am on Saturday.

They rushed to the shop and quickly sealed off the main door to keep looters out and prevent more looting.

Commenting off camera, shop owners told EM TV News that since the looting, no police presence where seen at the J-Mart centre.

They have also confirmed that no proper police reports were made to the police. It is still not clear when the shop will reopen.