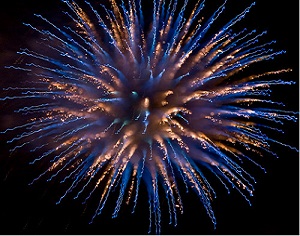 Lae residents are complaining over the use of illegal firecrackers at night during the festive season; they want authorities to crack down on the culprits.

Fireworks are illegal, so there are widespread concerns raised about illegal items coming into Papua New Guinea.

The warning has already been given to the public by Lae Metropolitan Superintendent Ivan Lakatani: those caught selling or using illegal fire crackers will be jailed.

He said the items are illegal and dangerous to use.

It follows experiences learnt from last year when firecrackers became widespread across the city during the festive season.

School children were amongst those who went out in the early hours of the morning to shoot off fire crackers.

But, while the police have announced they plan to curb the problem, some residents have come out in support to get rid of the item. It has become a nuisance for residential areas.

Nigel Dabinyaba is an Eriku resident. For his family, the fireworks have become a big problem in their neighbourhood that’s situated right in the heart of Lae.

He says the items are illegal and shouldn’t be used in residential areas where families live with infants.

Dr. Alex Peawi has explained the dangers of playing with fireworks. It’s not just annoying for residents; its dangers are real.

HB Shooting Reports Out – No Suspect Identified Yet