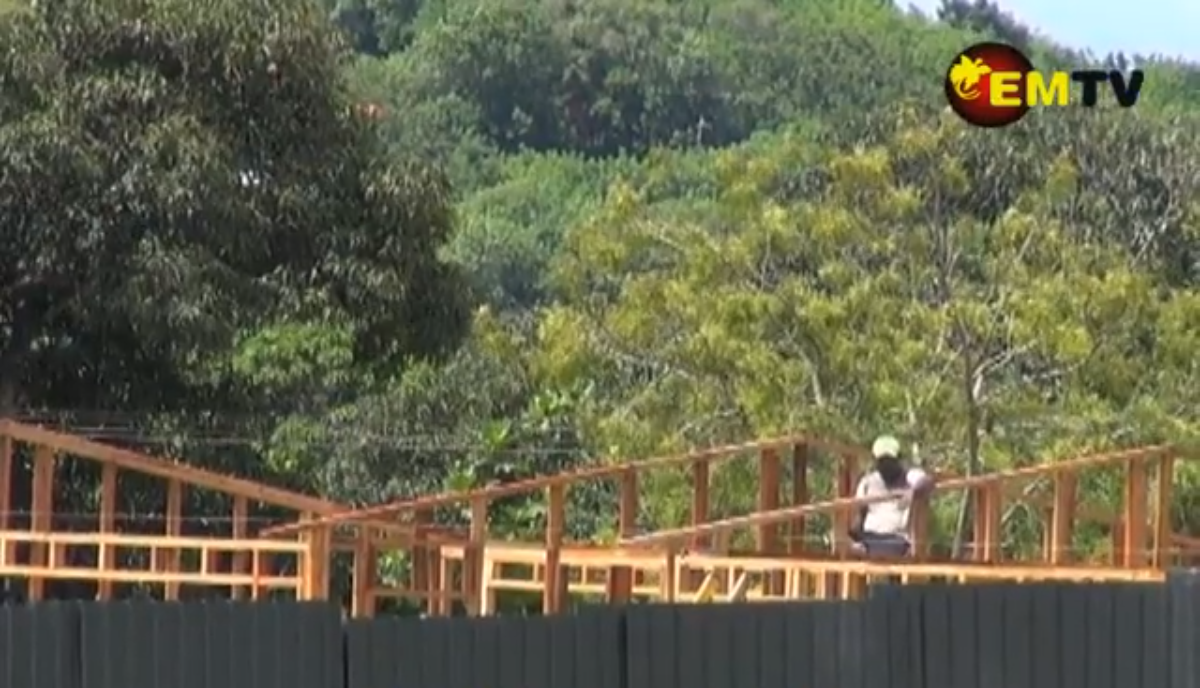 A community at Port Moresby’s Tokarara Suburb is disappointed after their community field was recently fenced off to construct an institution’s teaching facility.

Community leader of Gaveta Street, Edward Sasale, says there was no consultation with the community and the parties involved before construction began on land that was used by the community for sports and other leisure activities.

More than 80 community members at Gaveta Street have signed a petition against the construction of classrooms by Kumul Teachers College.

The community says the portion of land at Allotment 100, Section 227 at Tokarara has been used as a sporting field and community gathering area for the people to conduct religious gatherings and other meetings.

Edward said, the land belongs to the state but has been used by the community for many years and the lack of consultation with them and the parties concerned have raised suspicions among them.

Moses, the captain of the local rugby team in the community also expressed his disappointment.

The Kumul Teacher’s College was recently announced by the Education Secretary, Dr Kombra, as illegal.

Director of the institution, Mr. Max Kuri, when approached by EMTV yesterday, claims he is operating under a MoU with the NCDC Physical Planning Board and the Lands Department to rent the portion of land for the next 4 to 5 years.

However, behind this fence, construction continues on up to 8 permanent classrooms belonging to Kumul Teacher’s College.