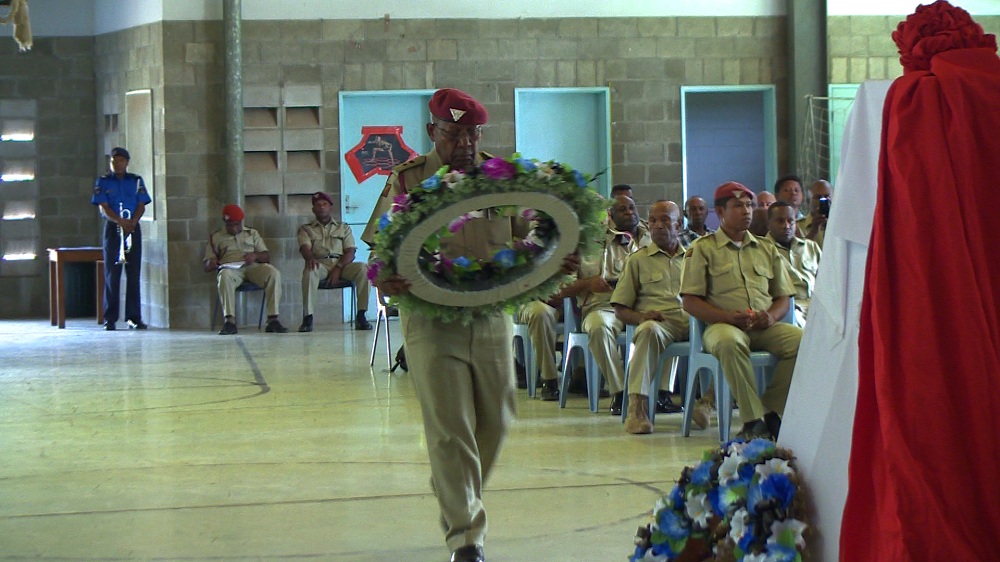 A one minute silence was observed today, during the Remembrance Service of Correctional Officers, who died in the Bougainville Crisis in 1990.

The service was also conducted to remember other CS Officers who died while serving the Department.

It was held at the Bomana CS Training College, outside Port Moresby, this morning.

The service was attended by officers from the CS Headquarters in Port Moresby, the Commissioner’s Office, the Office of the CS Minister and families of CS Officers.

Deputy Police Commissioner for Operations, Jim Andrews, was also present for the service.

Commissioner Michael Waipo, who was the Bekut Jail Commander then, was one of the warders who survived the armed conflict in the Autonomous Region of Bougainville.

In his remembrance speech, Commissioner Waipo told CS officers to not only remember their colleagues, but learn from their work habits and improve their work culture.

Today marks the eight year for the department to host a remembrance service.

The first service was held on January 17, 2009, in respect of the first ever casualties the Correctional Service suffered in 1990.

Representing the CS Ministry, Ted Sitapai, who is the First Secretary passed on his gratitude to the families of those wardens who died in the Bougainville Crisis.

Mr. Sitapai said such events will strengthen the comradeship within the organisation.

After the speeches, a one minute silence was observed to remember the casualties lost in the armed conflict.

Wreaths were also laid as a sign of respect.⁠⁠⁠⁠

Maxwell Onol Elimination Round One