The next health care challenge for Papua New Guinea authorities is the afflictions of modern society, says Dr Myles Neri, Group Medical Director of International SOS. These include heart disease, stroke and cancer. 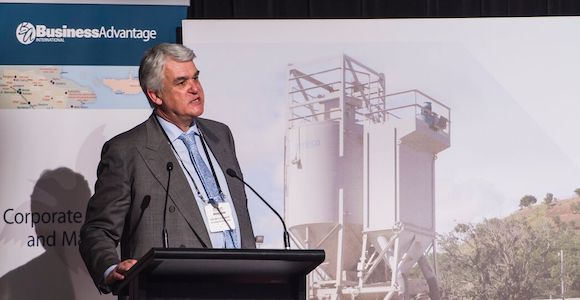 International SOS operates in 90 countries, including PNG, where it has a medical response and evacuation team comprising expatriate and local staff, an emergency medical facility for stabilising patients, and an international standard clinic.

According to Miles Neri, Group Medical Director for the company, the greatest health care challenge in PNG will be non-communicable diseases.

‘They are the afflictions of modern society.’

Dr Neri told the Business Advantage PNG Investment conference in Sydney that the battle against infectious diseases like TB, malaria and yaws disease (a chronic ulcer infection that affects mainly the skin, bone and cartilage) is being won.

But he said that many non-communicable diseases are now appearing in developing countries.

‘These are the diseases of prosperity: heart disease, strokes, cancer, respiratory problems, diabetes and mental health diseases. They are the afflictions of modern society.

‘The extractive industry led the way in dealing with malaria.’

‘They manifest simply through raised blood pressure and high lipid contents [fatty substances in the blood]. We are seeing now that we have a unique ability to counter them, again through industry that is looking after its employees.’ 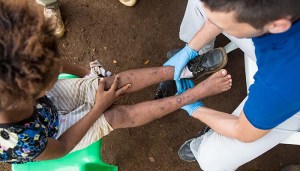 He said due to the establishment of the extractive industries in PNG, health infrastructure is being developed ‘not just for employees, but for the local community’.

‘So when you look at the initiatives of the mining and oil companies, they were straight away able to provide logistics resources, rapid diagnostic testing. We as a health care provider were able to implement a system of control for TB.’

‘The extractive industry led the way in dealing with malaria,’ he said, pointing out that on Lihir Island there was an eight-fold reduction in malaria between 2009 and 2017.

‘Children are no longer dying because the disease is picked up very early.

‘These control programmes, which involve spraying, bed nets, larva sighting and drainage of water, are showing there is a direct impact from the extractive industry to their host community.

Neri said he is ‘tremendously optimistic’ that malaria will be eradicated.

‘The number of yaws cases fell to 30 cases last year.’

Dr Neri said he believed yaws disease will be eradicated within the next year.

He said the number of yaws cases fell to 30 cases last year, down from 450 in the previous year. This was due to a mass antibiotic treatment program.

International SOS is establishing a public-private partnership with Pacific International Hospital, government and landowner groups, to develop specialist services in areas such as cardiology, interventional cardiac surgery and ophthalmology in Papua New Guinea.

Agricultural Institutions Want Work of Agriculture to be Prioritised