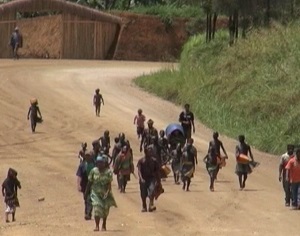 For the first time in PNG, doctors will be able to attain specialist training in rural medicine. This is part of an attempt by interested stakeholders to encourage doctors to return to rural areas.

Dr David Mills, lecturer of Public Health at the School of Medicine and President of the PNG Society of Rural and Remote Health, said while a majority of the population in the country live in rural areas, there is very little, to sometimes non-existent access to basic health care, let alone a doctor.

The medical faculty and its partners are taking a two-pronged approach in encouraging doctors to consider a career in rural areas by trying to induce interest through their rural block courses in their undergraduate programs, while offering a specialist post graduate program in Rural Medicine.

The postgraduate program is, at the most, a maximum of eight years and doctors are given intensive training in various fields ranging from clinical to administrative functions to ensure they are fully equipped to perform their role as team leaders and coordinators of rural health centres and hospitals.

At the end of the program, the doctors graduate as specialists in rural medicine.

Over the years, health infrastructure in rural areas has declined to the point where there is no access to basic health services by the majority of Papua New Guineans. In large parts of rural areas, access to a doctor has been non-existent for decades.

The idea to place doctors in Papua New Guinea’s rural areas is not a new concept. In fact, the original health care plan for PNG envisioned and supported doctors to be trained and based in the districts where the majority of PNG’s population lives.  It was hailed as one of the best rural doctor training programs in the world.