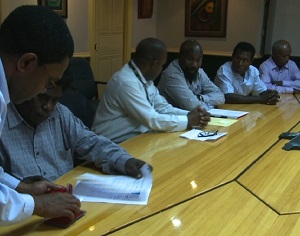 A clan from Lihir in the New Ireland Province has acquired investment property in the nation’s capital.

The Nissal Clan, through its clan company Nissal Investments Limited, announced the acquisition of the K3 million property.

Chairman of Nissal Investments, James Saet, said the purchase demonstrates a commitment to empower clan members to go far beyond the life of Lihir Gold Mine.

MRL Capital Ltd financed the acquisition of the property for the Nissal Clan through the clan’s company, Nissal Investments Ltd.

MRL Capital Ltd is the trustee of the Lihirians Equity Trust, a trust which manages assets comprising of real estate, business and other investments in PNG and Australia.

These assets are being managed for the benefit of the people of the Lihir Group of Islands, which comprises of six clans, one of which is the Nissal Clan.

In May 2013, the MRL Capital board approved the establishment of a K30 million facility from the trust assets. The purpose of the facility was to assist companies of the respective clans to venture into investments for the long term benefit of their respective clan members.

It is the intent of the facility to ensure that members are given every opportunity to pursue income generation opportunities and sustainable livelihoods after the closure of Lihir Gold Mine.

From the K30 million facility, each clan was allocated K5 million and upon meeting the preconditions, MRL would then advance funding up to K5 million towards each clan to invest.

The Nissal Clan is the first to access funding from the facility, as they had successfully met the preconditions, allowing MRL to finance the acquisition of the property at Mikki Street, Gordons.