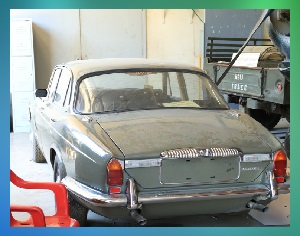 The National Museum and Art Gallery’s ‘Modern History Museum’ will be relocated, because of the latest infrastructural developments in the Nation’s Capital.

Museum Director, Dr Andrew Moutu, says this is a transitory moment of the history museum and its collection, until a new home is built to house our historical past.

For the past 37 years, the Ahuia Street at Gordons in Port Moresby has become the home for these modern history contemporary and war relics.

Dr Moutu says the move is to enable road construction after a legal agreement between the National Museum and Arts Gallery with National Capital District Commission.

NCDC will help with all relocation and the construction cost of a new warehouse to house these historic collections and relics.

These historical remains are administered under the War Surplus Materials Act that facilitates the interpretation, ownership and determination.

It is among the modern history contemporary and war relics that will be housed at the Murray Barracks warehouse.

Plans are in place to build a new modern history museum in the vicinity of its current premises, next to the Parliament House said Dr Moutu