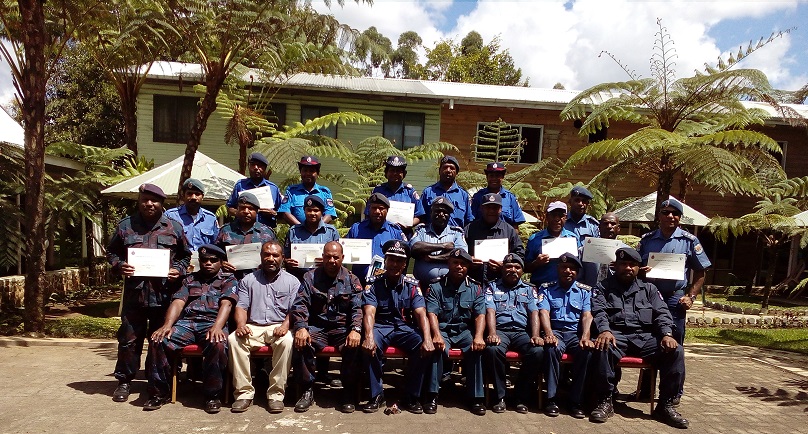 The closing coincided with RPNGC’s 129th Anniversary of policing in Papua New Guinea.

Deputy Divisional Commander of Eastern Command, Chief Superintendent Jimmy Onopia urged police personnel to reflect on what RPNGC has contributed to the development of PNG.

The course participants were Police Station Commanders and Officers-in-Charge of each division and unit of RPNGC in the seven Highlands Provinces.

They were given insights into Election Security, Police Code of Conduct during the election and know how to uphold Electoral Integrity and Security.

Despite shortfall of funding in this election, Onopia urged Police to ensure the 2017 National Election is free and fair.

Onopia said RPNGC has contributed a lot to PNG in terms of security and law and order, and have also seen changes on how elections has been conducted.

He said campaigning have changed from a free and fair election to influencing and intimidating voters.

Onopia challenged the Police personal to work together to make this election a successful one. The course participants will return to their respective police stations and impart this knowledge to their colleagues.

This course has introduced them to the greater insight of what is expected for them in this year’s election.

AROB CAP Program to be trialled in Hela and Jiwaka