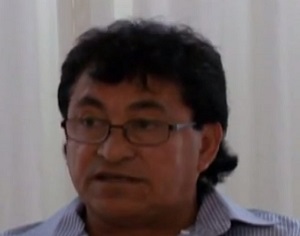 Ousted member for Samarai Murua, Gordon Wesley, says he respects the decision of the National Court.

He made the comments today, following headlines that the Courts declared his 2012 national election victory, null and void, after the National Court found him guilty of bribery.

Mr Wesley also appealed to the people of Samarai Murua, to remain calm and respect the rule of law.

He held a media conference today in Port Moresby, following a front page story that announced that he was no longer a member of parliament, following a court ruling.

The National Court in Alotau, Milne Bay Province found the three-time MP guilty of bribery during the 2012 national elections.

Mr Wesley said in his three terms since 2002, his election victories have always been challenged in the Court of Disputed Returns.

“In the last two elections, I have won the election petitions. In this term, your mandate was once again challenged, which I defended, until court made the decision, on the 29th of last month, of 2014, nullifying my election victory of 2012,” Mr Wesley said.

Mr Wesley said he respects the Courts decision. But that’s not the end.

“I personally and humbly respect the position of the court, and I urge all my supporters, and my people of Samarai Murua, to also respect the court’s decision, and allow the due process to take its course.

In the meantime, my lawyers are reviewing the decision, and they will advise what legal avenues are available,” he said.

Mr Wesley thanked the people of Samarai Murua who gave him the mandate to represent them in parliament for three consecutive terms.

Should there be a by-election, Mr. Wesley said, he will contest.

Angau Continues to Provide Cancer Treatment Despite Lack of Equipment