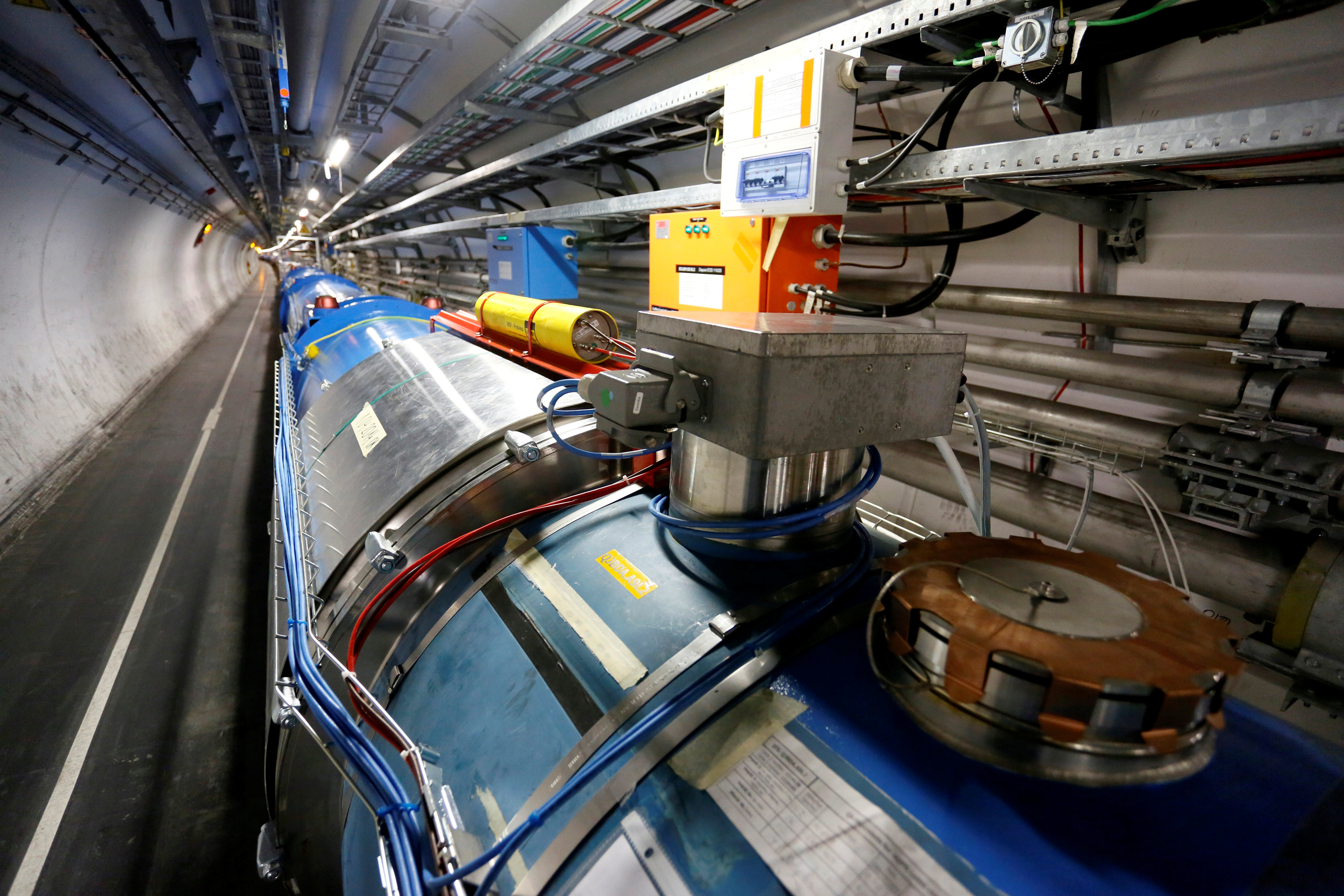 Image: A general view of the Large Hadron Collider (LHC) experiment is seen during a media visit to the Organization for Nuclear Research (CERN) in the French village of Saint-Genis-Pouilly, near Geneva in Switzerland, July 23, 2014. REUTERS/Pierre Albouy/File Photo

LONDON (Reuters) – A French biotech firm is hoping to gain approval within months for a nuclear medicine targeting the type of cancer that killed Steve Jobs.

The drug could transform Advanced Accelerator Applications (AAA), which was spun off from Europe’s physics research center CERN 15 years ago and is listed on Nasdaq.

It had sales from existing diagnostic products of 26.7 million euros ($29 million) in the third quarter of 2016.

“We are nearly there,” he said in an interview during a visit to London. “It’s a very exciting moment.”

Lutathera is unusual in harnessing the same molecule that is already used to diagnose cancer to also deliver treatment.

It has shown impressive results in clinical tests against a disease associated with very poor survival, and one that killed Apple co-founder Jobs in 2011.

The road to regulatory approval, however, has not been easy for the drugmaker, which has its headquarters just over the French border from CERN’s Large Hadron Collider particle smasher on the outskirts of Geneva.

Technical problems with the drug’s filing at the U.S. Food and Drug Administration (FDA) and a slower approval timetable in Europe have pushed back Lutathera’s potential launch towards the end of 2017.

Buono now expects a verdict from the European Medicines Agency after the summer, while a resubmission to the FDA will be made before the end of the second quarter.

In a Phase III trial, results of which were reported in the New England Journal of Medicine in January, Lutathera reduced the risk of disease progression compared to standard care by 80 percent.

That compares favorably with existing NETs drugs such as Novartis’ Afinitor and Pfizer’s Sutent.

Indeed, more than 1,600 patients have already been treated with Lutathera under a compassionate use program, including some in France where the drug has been granted “temporary authorization of use”, allowing AAA to set an initial price of 64,000 euros ($68,600) for a course of four injections.

AAA is not the only medical start-up to be spun off from CERN. Others include businesses focused on using particle accelerators to deliver improved radiotherapy and imaging.

But finding financial backers in Europe with an appreciation of the science has been challenging, which prompted AAA’s decision to list on Nasdaq in 2015, where it is valued at $1.6 billion.

“We went to the U.S. and Nasdaq because there is at least 10 times the money than in Europe – and in Europe there isn’t the same effort to get into the science that I see in the U.S.,” Buono said.