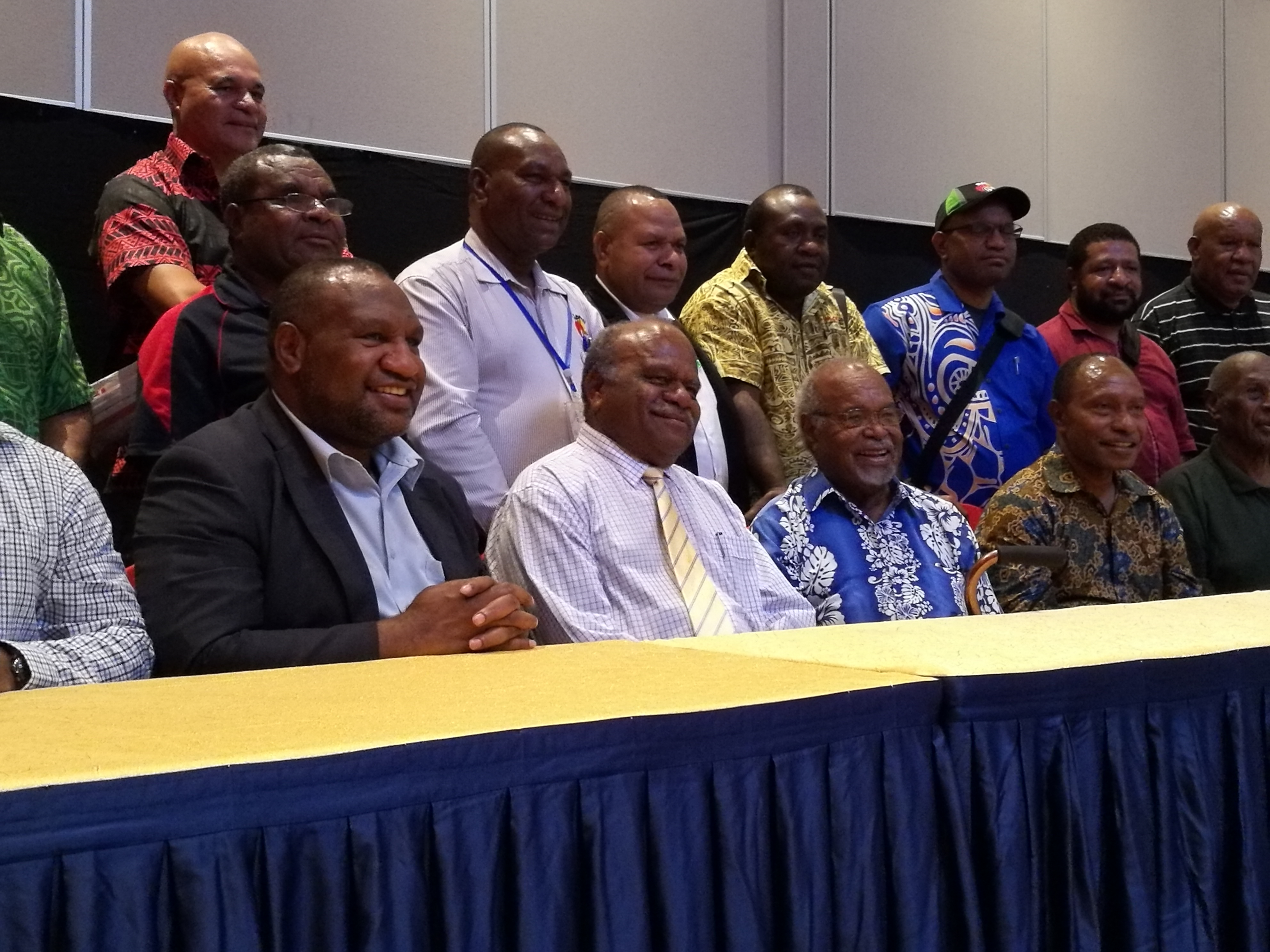 By Meriba Tulo – EMTV News, Port Moresby Former leaders of PANGU Pati have urged current parliamentary members to stand united in their efforts to change the country’s top political leadership. Grand Chief Sir Michael Somare and Sir Rabbie Namaliu made this call when meeting with current PANGU Pati members in Port Moresby today. It is the first time for both party leaders, both former Prime Ministers, to publicly show support to the Party’s current leadership. Whilst acknowledging the party’s rich history, both Grand Chief Sir Michael, and Sir Rabbie called for the new look PANGU Pati to focus on serving the people of PNG. PANGU Pati, a name synonymous with PNG politics has, in recent weeks again been in the headlines, with the party split following the resignation of former party leader, Sam Basil, who with eight other MP’s left to join the Melanesian Alliance. Subsequently, Morobe Governor, Ginson Saonu, was elected as the Party’s new leader in the days leading up to the last parliament sitting; since then, the party has been rebuilding its numbers, taking in members who had left the ruling PNC. Today, (May 23) was the first time for PANGU to have two Former Party Leaders show their support for the party. On the back of several instances of clashes between the party’s parliamentary wing, and party executives, Sir Rabbie Namaliu, called on the party to now look forward, and work together in a united front for the good of the people they represent. Similar sentiments echoed by Grand Chief Sir Michael Somare – the party’s founding Leader, and the country’s first Prime Minister. According to Tari Pori MP, James Marape, the advice from these two Party Stalwarts will be taken to heart with PANGU now rebuilding, and with other coalition partners, looking to chart a better future for PNG. https://youtu.be/P_xq0vhEOTg]]>