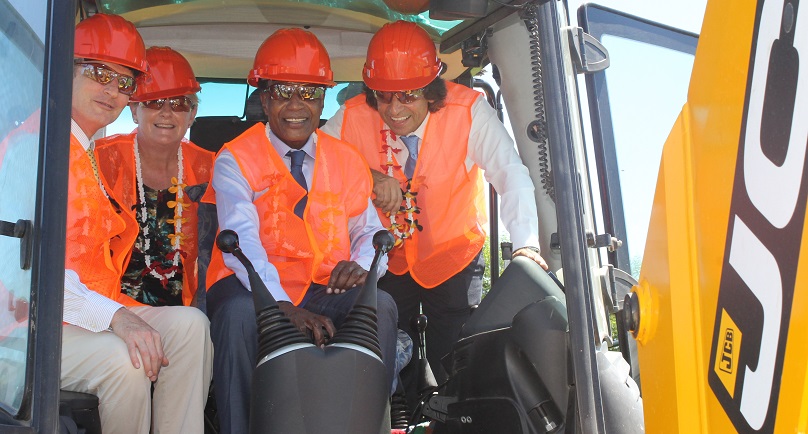 More than K5 million worth of facilities funded by European Union were presented yesterday in East New Britain Province.

Six classrooms, two offices and a duplex dormitory will be constructed at the Gaulim Teachers College in East New Britain thanks to funding from the European Union.

Secretary for Education, Dr Michael Tapo announced this yesterday at the ground breaking ceremony, saying the new facilities will provide space for 210 teacher students and the dormitories will accommodate for 84 more boarding students.

Dr Tapo said the project was funded by the European Union through the Human Resources Development Program at a cost of K5.7 million for Gaulim alone. Similar facilities will also be built at Balob Teachers College in the Morobe Province and the Madang Teachers College in Madang.

The secretary said he was grateful for the support from partners and education officials and said that the project will go a long way in supporting various government policies in education.

“Such funding form donor partners will help to facilitate and implement  government policies such as the Tuition Fee Free policy, Universal Basic Education and the 2,2,6 System, which aims to put all children through school without being pushed out,” Dr Tapo said. He said the European Union’s funding also supports the government’s aim to build a teacher housing and classrooms for all schools in the country.

Dr Tapo urged the student teachers to go out and be good role models in the communities they are teaching in and encouraged them to go to remote areas to teach.

“The government and partners are providing everything and our communities must ensure that the facilities and teachers in the communities are well taken care of,” he said.