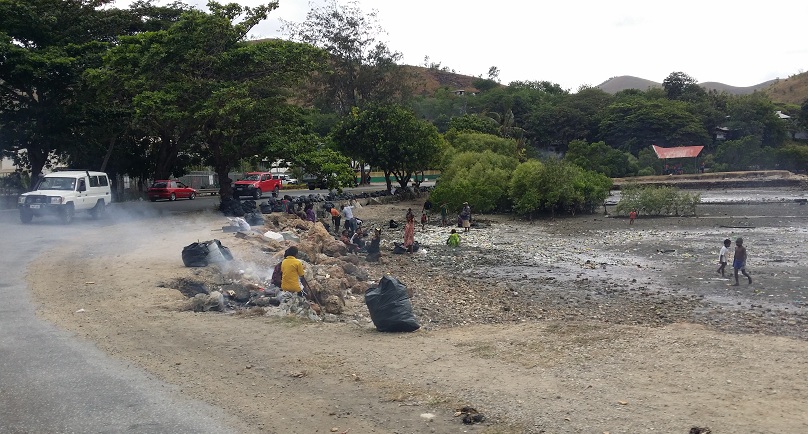 The disposal of non-biodegradable plastic bags remains a threat to the environment.

PNG Sport Ambassador and environmental activist, Andrew Lepani is driving awareness for Papua New Guineans to be responsible citizens when it comes to disposing plastics.

During the presentation of climate change and adaptation strategies at the National Library in Port Moresby, Mr Lepani stressed the importance of disposing plastic bags in the right places.

Plastic bags have the potential to pollute the environment and can cause harm to plants and animals, as well as human beings.

The PNG Sport Ambassador said plastics bags found in the ocean and shores are a result of irresponsible behaviour by human beings. Many plastic bags can mainly be seen in big towns and cities globally.

In the nation’s capital, several areas were identified where plastic bags are disposed unnecessarily and continuously accumulating.

The effects of plastic bag pollution has resulted in many marine plants and animals destroyed and coastal areas infected with plastic waste.

He also urged people to be responsible and become agents of change.

Opposition Confident with Vote of no Confidence