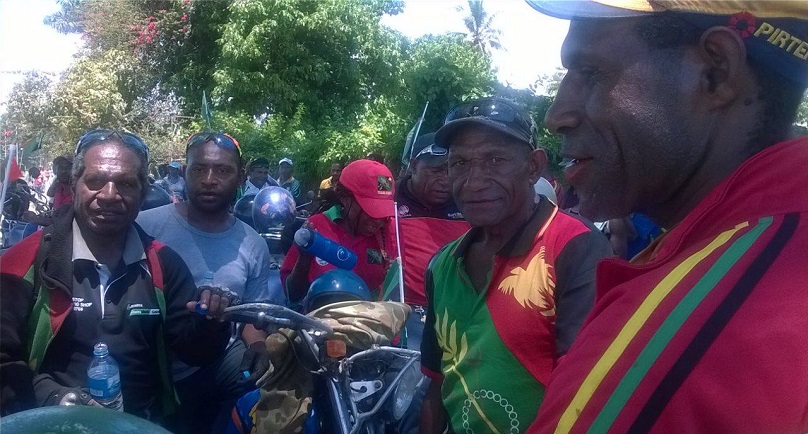 Competitions other than sports have added colour to the PNG Games in Lae. This year, provincial governments and teams have again invested in uniforms that express their cultural identities.

Team NCD with its yellow flags and Emga with their trademark green, yellow and black are a great example of this. Others have spent money on making a grand entrance into the PNG Games host city.

Team Simbu was led by a team of bikers from the Simbu Bikers Association. Justin Siune is a motorbike mechanic. He is the leader of the group that led Team Simbu from the provincial capital of Kundiawa to Lae – an 8-hour journey.

The members are public servants, businessmen and ordinary Kundiawa residents. Justin Siune is employed by the provincial government.

Half of the 40-member association travelled to Lae in a show of strength. The group members gave a simple demonstration; nothing fancy. For them, it is the Simbu pride they must uphold, both in the medal count and outside the PNG Games.

Another Death At Danwaiya’s 4 Mile Compound