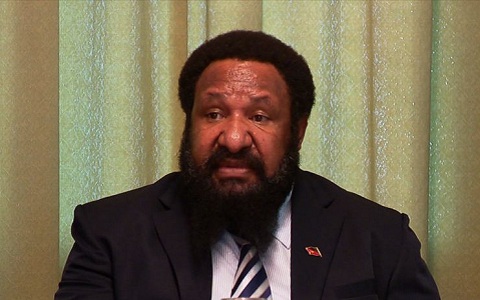 Sacked treasurer Don Polye says Prime Minister Peter O’Neill is on a sacking spree to keep himself in office.

In a media conference held this afternoon, he called on public institutions, particularly the police to stand firm.

He said it’s unfair that senior public servants should be sacked for doing an excellent job.

He said he’s given his side of the story to the police and questioning will continue tomorrow. He said there is nothing wrong with being investigated.

He said the Prime Minister was setting a bad precedence by using his position to protect his interests.

He said the PM has lost the confidence of the people and questioned why the PM was trying to establish an inquiry into his own arrest.

On hearing of the latest sacking of Thomas Eluh as head of Fraud and Investigations this is what he had to say.

He said when parliament sits on Tuesday it will not feel like a PNG parliament. He said he has no interest in the section 145 amendments, and called on former Prime Ministers to give their take on the actions of the current PM.