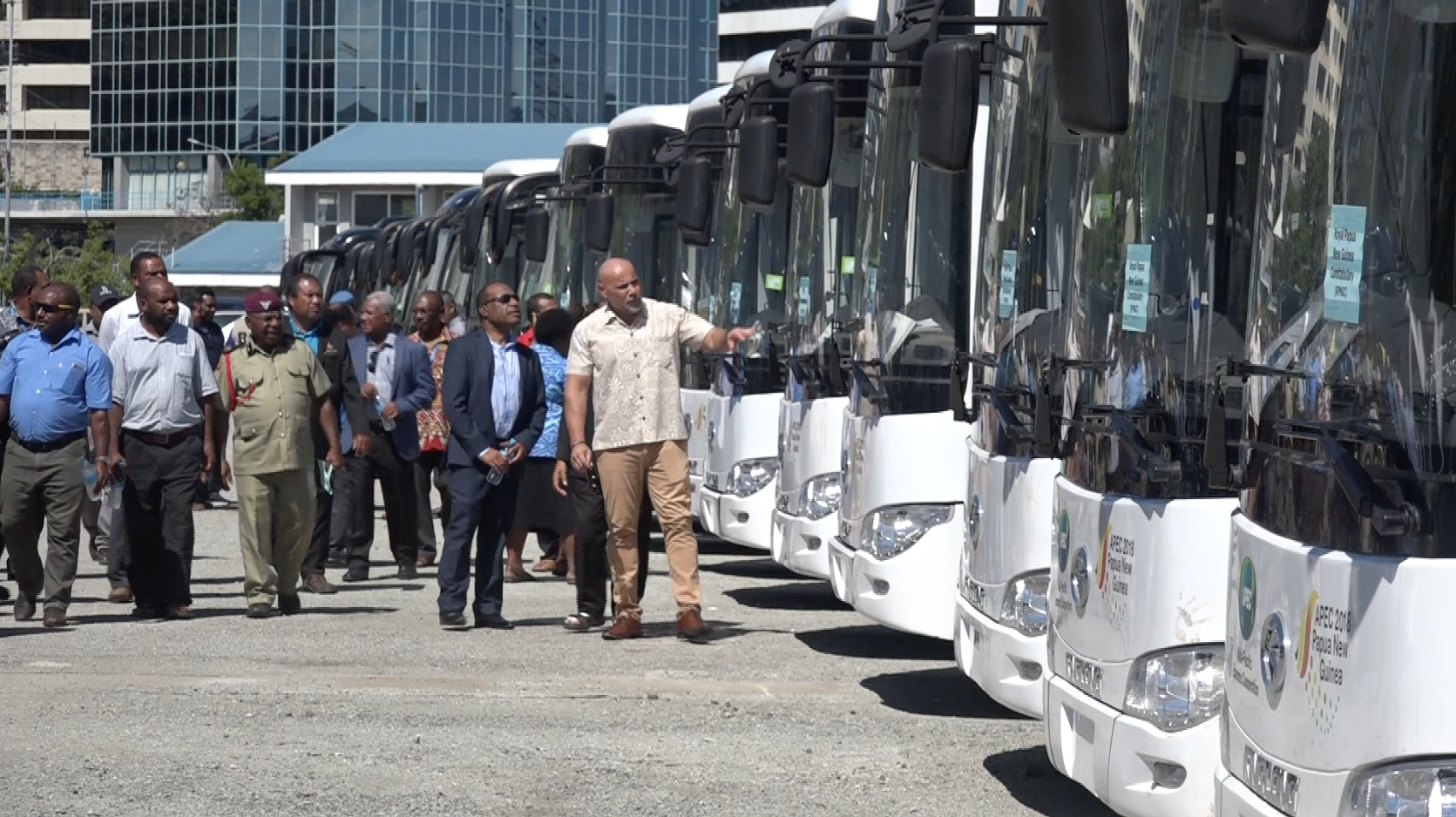 Finance Secretary, Dr Ken Ngangan,  says a full report of the disposal of APEC Assets will be made public after the Finance Department completes  the exercise.

Today, some of the buses bought  by the the Chinese and Japanese governments  were handed over to churches, government agencies and non-government organizations.

“The disposal follows the process of disposal as per the Procurement Act and the Public Finance Management Act. We are trying to comply with all the disposable requirements,” said the Finance Secretary.

Dr. Nangan said that other institutions will be given  their vehicles in the coming weeks.

The vehicles  were donated to the PNG Government for logistical support during  APEC.

The Japanese government donated three minibuses, 23 microbuses and 22 ambulances under their Non-Project Grant at a cost of K13 million. While the Chinese Government donated, 50 buses, 35 mini buses and nine fire trucks a month before APEC.

Up to 150 vehicles remain; some unaccounted for, while others have been damaged. As for the Maserati’s and Bentley’s, the luxury vehicles have been re-tendered.

“We’ve gotten all the numbers of the assets in total,” said Dr Ngangan.

“After the disposal exercise, we will be providing a full report to the Minister, NEC, NPC, Ombudsman Commission and the public, so that everyone will have a fair idea of how we are disposing of the public assets that were purchased for the purpose of APEC.”

The next phase of the exercise will be the disposal of assets purchased by the state.