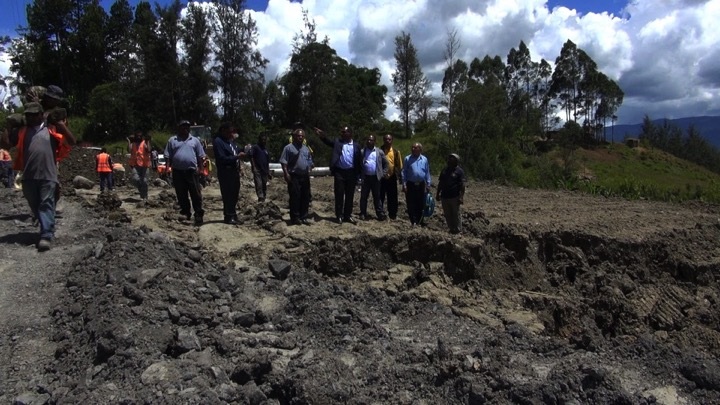 Works Secretary, David Wereh, says more machines will be mobilized to clear the debris for the Simbu landslip.

Secretary Wereh, says a long-term solution is in place but will need funding.

He made these remarks following his visit to the Simbu section of the Highlands Highway yesterday.

Secretary Wereh said, the Works Department aims to fix this section of the Highway, and regain confidence of the public.

“We hope to clear the debris by Friday and have the road re-opened so business and other activities [can] flow normally,” said Wereh.

According to the Works Department, machines will be mobilised to fast track work for the Goa section, but workmen on the ground say other areas also remain a threat from a similar landslip.

While authorities plan to address the matter, the travelling public is using a temporary by-pass.

Upon the visit by Secretary Wereh, it was visible that the public travelling  remained stranded on both sides of the road where the landslip occurred.