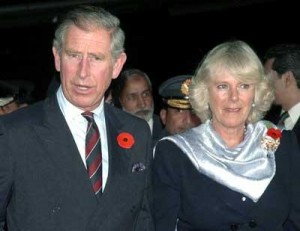 Heir to the British throne, Prince Charles and his wife Camilla are confirmed to visit Wewak, East Sepik Province, where Prince Charles will present the new Queen’s colours to the Second Royal Pacific Island Regiment and discuss joint action on forests and climate change.

Grand Chief Sir Michael Somare met with Prime Minister Peter O’Neill and the Minister for Forest & Climate Change, Hon Patrick Pruaitch, on Monday 24 September and discussed the PNG visit of the Royal Highnesses, Prince Charles and Dame Camilla, this November as part of Her Majesty the Queen’s Diamond Jubilee celebration.

Sir Michael Michael thanked O’Neill for the enormous honour of ensuring that resources and support is given for the Royal Highnesses, the Prince of Wales and the Duchess of Cornwall, to visit PNG, including Wewak.

Prince Charles visited Wewak during Independence Celebrations in 1975. In honour of his visit, the central parade and sporting grounds were named in his honour.

In fact, today, the Prince Charles Oval offers one of the newest stadiums and parade grounds in the country and will represent PNG very well for the presentation of the Queen’s Colours.

In consideration of this longstanding collaboration on forests and climate, he said he hopes to introduce a new policy to ban new logging concessions, ban any logging within existing SABLs, and implement new climate friendly revenue streams for local communities that replace those from commercial logging.

“As future generations look back, it is my hope that this Royal visit is seen to have catalyzed a real transition in PNG’s history towards better governance and sustainable development,” Sir Michael said.