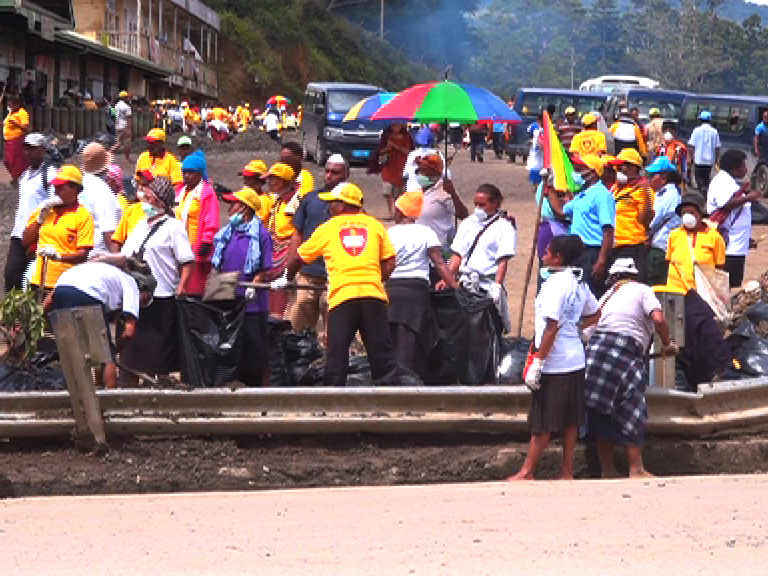 More than 20,000 Christians from the Seventh-day Adventist Church took to the streets of Mt. Hagen City this morning and conducted a massive cleanathon.

The clean-a-thon is under the Church’s new project called Total Membership Involvement, or TMI.

Those who cleaned up came from over 12 Provinces in Papua New Guinea for a two-week meeting in Mt. Hagen.

The cleanathon started as early as 7 am from Kagamuga International Airport and ended at the New Town area.

The areas where they were stationed for the cleaned up were at the Airport, Main Market and Mt. Hagen City vicinity.

The cleaning up of the City was also supported by Mt. Hagen Police and Fire Service.

He said there will not be any littering and street vending and urged the public to support the SDA mission to live a clean and healthy lifestyle.

At the end of the two-week meeting, the Church will put up rubbish drums in the City.

Meanwhile, senior preacher from United States SDA mission, Pastor Doug Batchelor will be the guest speaker for the meeting.

The gathering will be to prepare the church members for the election period so that they can make good choices in voting and to avoid getting involved in trouble making. It is also to prepare them for their spiritual strength.