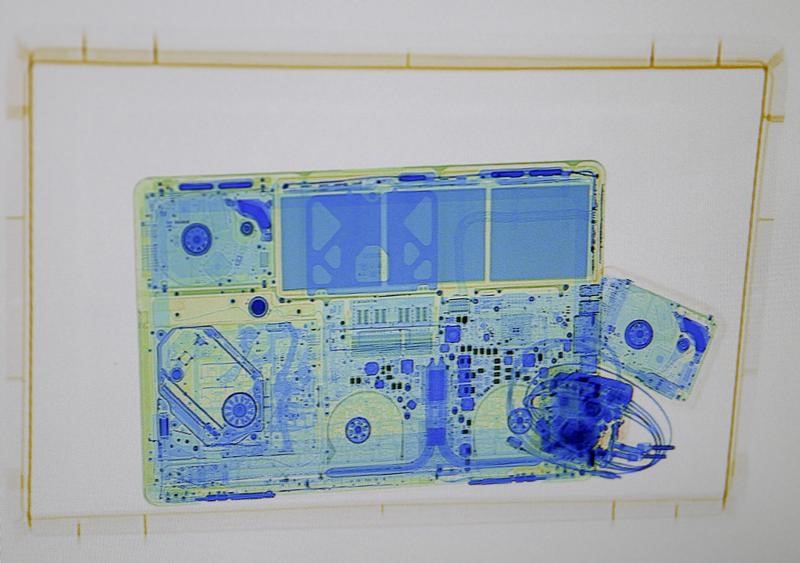 Image: FILE PHOTO: A laptop is seen on the screen of an X-ray security scanner at Sarajevo International Airport in Sarajevo February 26, 2014. REUTERS/Dado Ruvic

By Allison Lampert and Tim Hepher

MONTREAL/PARIS (Reuters) – A United Nations agency has launched an effort to craft global guidance for the use of laptops and other portable electronics in passenger aircraft cabins after selective bans by the United States and Britain upset airline passengers as well as Middle Eastern carriers.

The International Civil Aviation Organization (ICAO) met on Tuesday to debate the issue after the United Arab Emirates, Egypt and other countries complained their airlines had been unduly penalized by the decision to relegate laptops to the cargo hold on some flights due to security concerns, three sources familiar with the matter said.

But while ICAO aims to come up with global recommendations to counter the risk from hidden explosives in laptops, the agency cannot override or prevent national measures such as the U.S. and UK bans, said one of the aviation industry sources, who spoke on condition of anonymity because the talks are private.

In March, the U.S. announced laptop restrictions on flights originating from 10 airports in countries including the UAE, Qatar and Turkey. Britain quickly followed suit with restrictions on a slightly different set of routes.

An ICAO working paper seen by Reuters threw its weight behind concerns that laptops are a greater security risk in the passenger cabin than in the hold, because of the threat that hidden explosives could be detonated manually.

“The threat to aircraft from concealed improvised explosive devices has been the greatest security risk to commercial aircraft for some years,” it warned.

But ICAO has also asked its experts to weigh this against the safety risk of storing a larger number of flammable batteries unattended in a commercial aircraft’s baggage compartment.

European regulators have warned placing what could be hundreds of devices in the hold on long-haul flights could compromise safety by increasing the risk of fire from poorly deactivated lithium-ion batteries.

Patrick Ky, the head of the European Aviation Safety Agency told Reuters that it wants airlines to be careful about how they store laptops by avoiding placing them in a single container, for example.

“Should we go further? I don’t think so for the time being. But in case we have a fire risk that we think is high, then of course we would take the necessary actions,” Ky added.

ICAO, which is headquartered in Montreal, does not impose binding rules, but wields clout through safety and security standards that are usually followed by its 191-member countries.

ICAO has been asked “to identify a possible global approach to mitigate the security risk associated with large portable electronic devices,” according to the paper.

Some countries, such as Australia, are introducing new security checks, but not bans, on flights from specific Middle East countries to combat the risk of hidden bombs.

During an informal ICAO briefing in April, some countries including the UAE complained that the ban risks creating “market distortions,” the three sources said.

The ban is seen as a problem for fast-growing Gulf airlines serving business-class passengers, who want to work on their laptops on flights out of key hubs like Dubai and Doha.

But aviation and security sources have largely dismissed reports that the partial bans are a form of protectionism against the Gulf carriers, saying they are based on concrete security concerns.