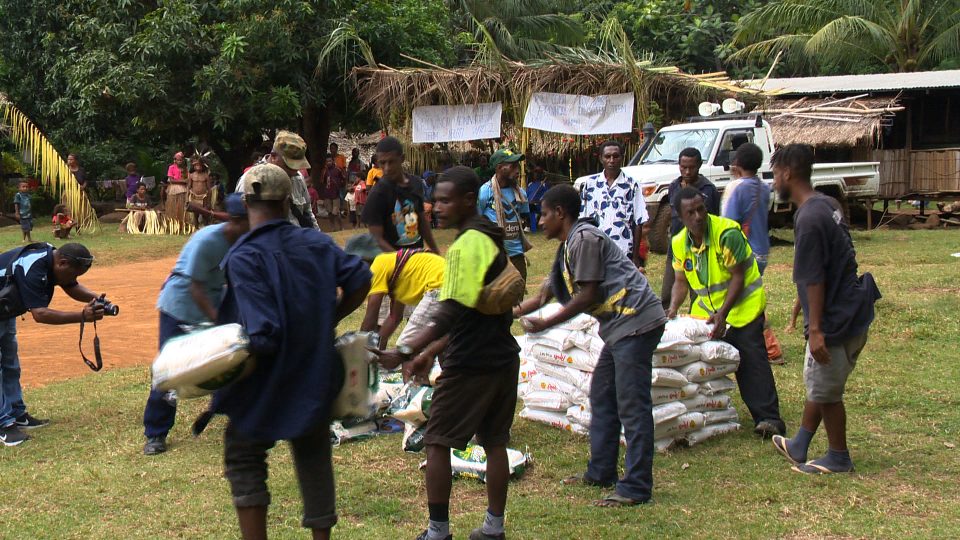 Over 600 bales of rice including other food items were offloaded by the Central Provincial Government and Disaster Officers among others.

While much of the focus is on the rations, authorities also highlighted the COVID-19 threat as the number of positive cases in NCD continues to rise.

Despite there being no reports of cases in the Central Province, the Provincial Administration through the Coordination team will work closely to ensure people are on alert whilst living their normal lives.

The food items will be distributed by the Ward 2 Councillor to households that were affected during the flood.

An officer speaking on behalf of Central Governor, Robert Agarobe apologized for the delay of rations by relevant authorities at a small occasion to embrace the arrival of much-needed relief for locals in Doa.

Officers from the Central Provincial Government wasted no time in distributing rice, flour, oil, and other basic needs for the people.

A local said they were left with nothing as the floods struck two months ago.