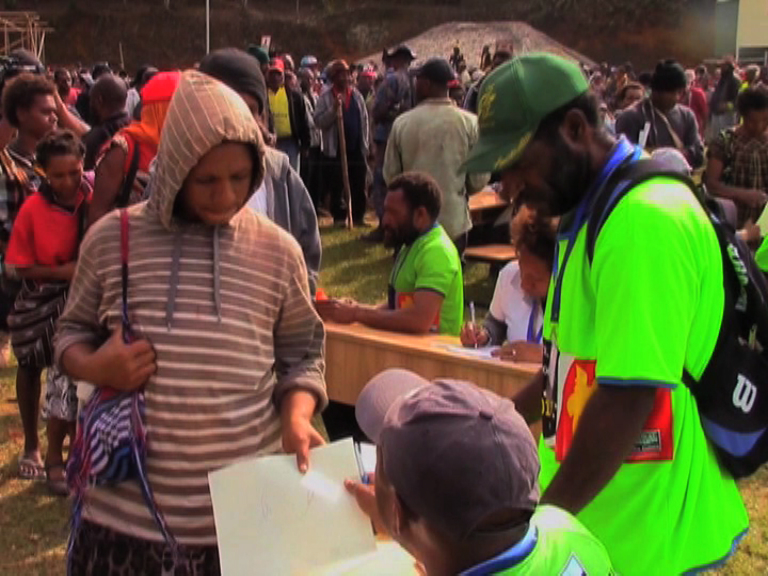 The dialogue engaged stakeholders on issues surrounding the National elections to seek their response to provide a report to the 10th National Parliament on the key challenges encountered and what the EC proposes to improve electoral process in the future.

The Commission has in 2016 to 2017, developed and introduced changes and new procedures among its administrative and operational branches to improve and safeguard the 2017 electoral services.

Electoral Commissioner, Patilias Gamato, said he is pleased with the outcome of the National Elections having intended not to fail any elections but utilise the appropriate and relevant provisions of the Organic Law on National Elections and the Local-Level Government Elections where suitable.

The Electoral Commission’s Report to the Government on the 2017 National Elections focused on its key achievements, major challenges and proposed actions, international observer report highlights and future administrative and operational initiatives.

While the dialogue was accepted by those who attended, TIPNG’s Institution & Campaigns Coordinator, Yuambari Haihuie said there have been major concerns about the recent National elections, especially with the loss of lives.

The Commonwealth Observer group and European Election Expert Mission to PNG noted the lack of female representation in parliament, the lack of clear procedures on electoral display and verification, people’s lack of knowledge on electoral roll display and verification, people’s general lack of knowledge on electoral legal frameworks and the delayed release of funds to PNGEC, as having a negative effect on election delivery.