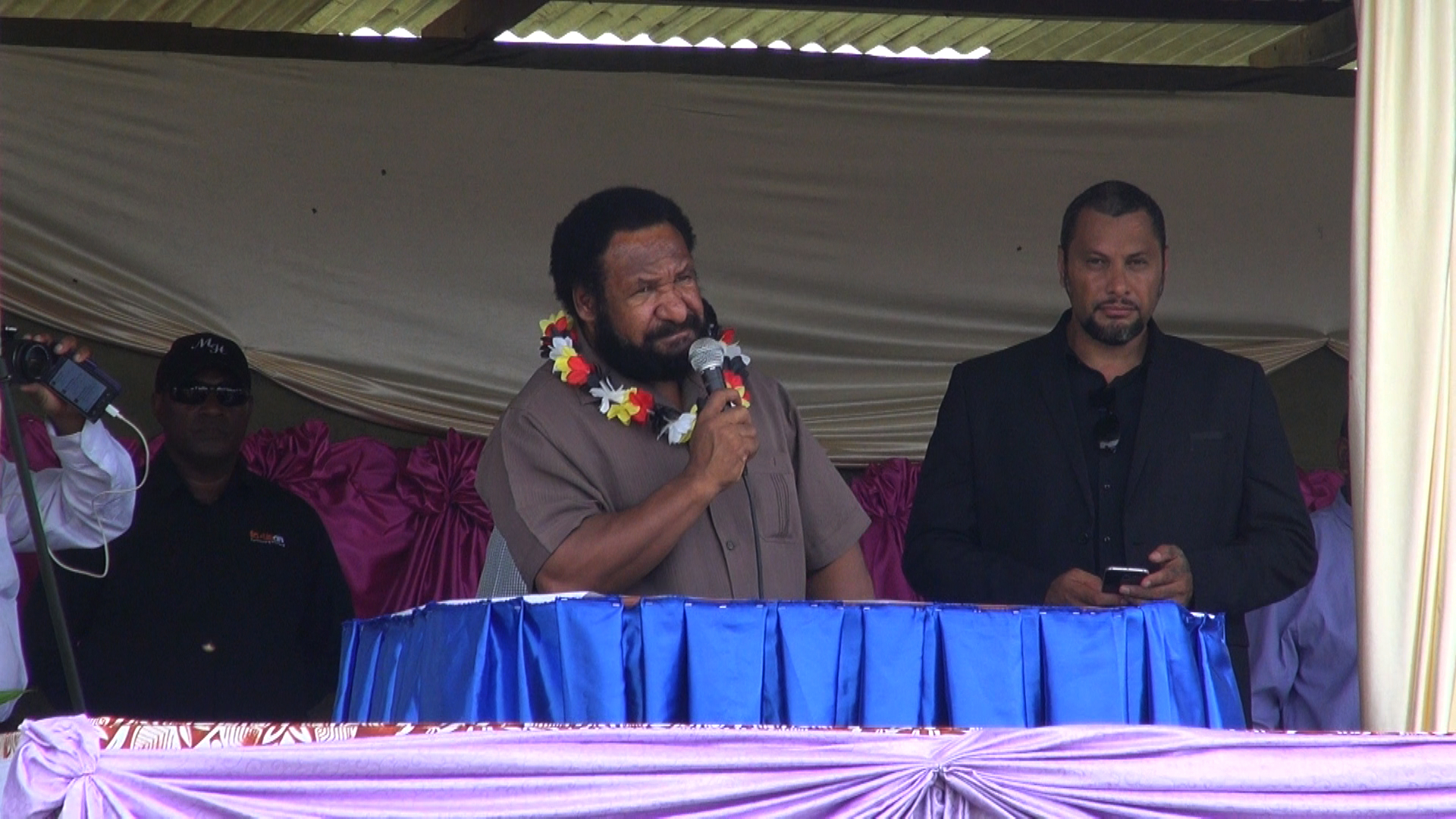 The Opposition has disrupted the opening of the Popondetta General Hospitals new Operating Theatre, where Prime Minister, Peter O’Neill, was expected to open the facility.

Thousands gathered at the field opposite the hospital to receive the Prime Minister, however, before his arrival, Opposition Leader, Don Polye, and Northern Governor, Gary Juffa, made a surprise appearance.

Juffa announced disappointment in not being informed about the event and the Prime Minister’s visit. He said it was disrespectful to him as the governor of the province.

Members of the public, including children were seen holding placards highlighting these issues.

Polye said his arrival was at the invitation of Governor Juffa, and he joined his colleague in condemning the Prime Minister and the government of the day for using projects like the health facility for political gain.

Eventually the gathering was informed that the event was cancelled.

Acting Chief Executive Officer of the Popondetta General Hospital, Dr. Petrus Opum, was placed in a situation where he had to address the public and explain the hospital’s stance, calling for understanding from the public.

A resident doctor explained that the theater has the most up-to-date equipment in the country to perform vital endoscopic surgery.

Minister for Health, Michael Malabag, condemned the incident saying the theatre is a vital healthcare facility for the people of Oro and the nation, and must not be politicised.

“It is unfortunate that uninvited politicians attempted to hijack the event and create a security problem,” Malabag said.

The opening has now been deferred for a second time until after the National Elections.

“The hospital will be fully functional as of today for members of the public to use facilities and services,” Malabag said.