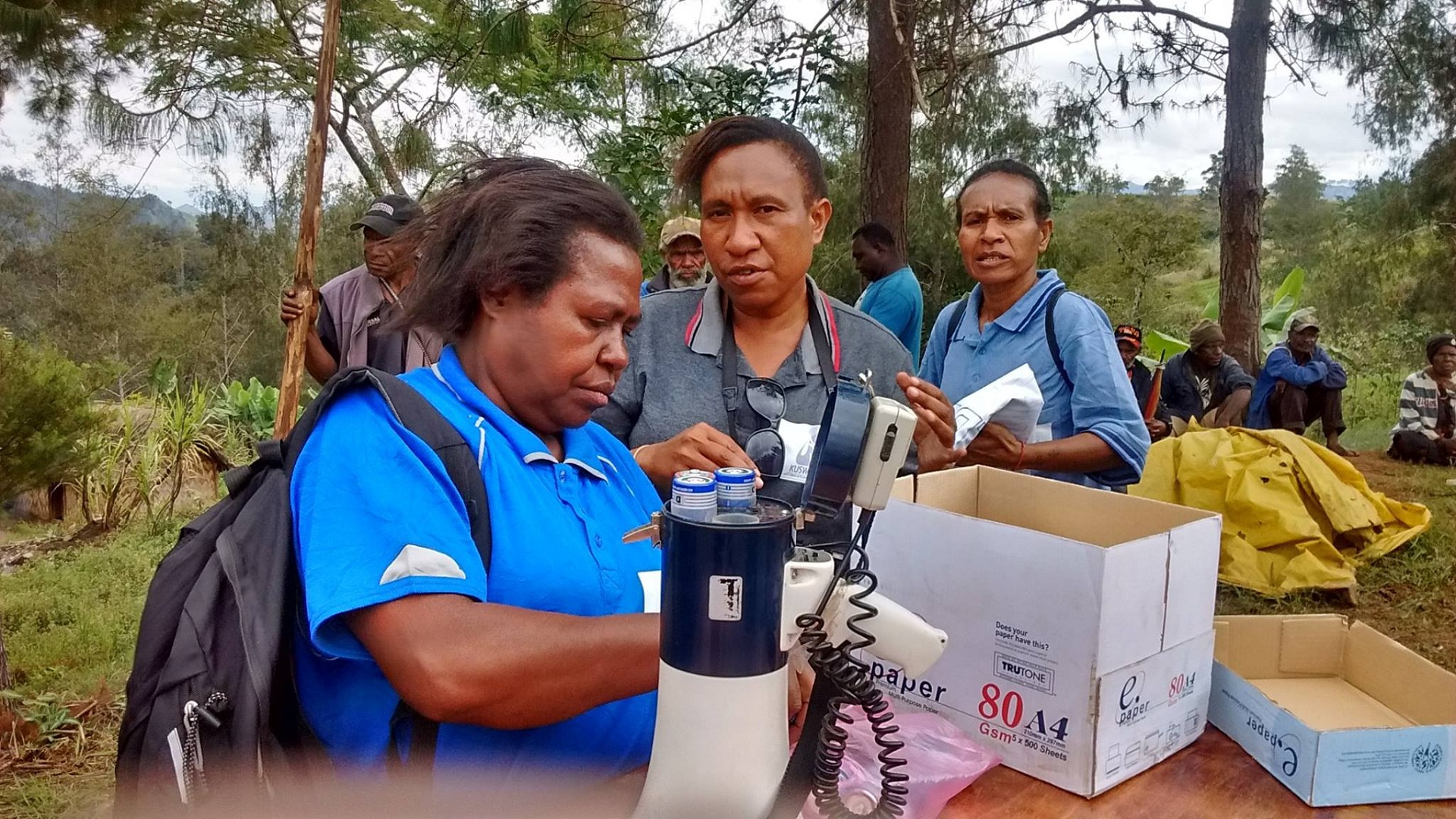 Gender-based violence is a common issue affecting families around the country.

Many of these victims do not know where to go, and whom to see for help therefore remain and continue to see violence in their homes and the community.

Unlike before, gender-based violence is now a recognised issue and is addressed at all levels- the national, provincial and the community level.

Here is the journey of the Kafe Women’s Association, or KUSWA for short, and the role they play in addressing gender-based-violence around their communities in the Eastern Highlands Province.

Kafe Women’s Association is a local community based organisation based in Goroka, Eastern Highlands province. The initial idea of establishing the organisation came in 2003 and after three years, it was finally established in 2006.

Since its establishment in 2006, KUSWA has engaged in addressing gender-based-violence via its advocacy programs, and helped victims of violence to seek justice and protection they desperately need.

This year is the 11th year of operation, and from its humble beginning, KUSWA has helped many victims.

“We started very little, and nobody knows what is happening to the womenfolks out there in the remote rural areas, settlement, what kind of violence they face” said Erico Fufurefa, who is the Director of KUSWA.

Today, KUSWA, although small, is engaging in an important role in helping to save victims of violence in a significant way.

According to Director of KUSWA, Erico Fufurefa, the local organisation helps victims of violence; train and educates victims; provide counselling services and safe house to accommodate the victims and their families, and also provide paralegal services.

“Activities we have, under prevention, we have awareness in public places of our partnership with Eastern Highlands Police, FSV Unit, we also have counselling services, and we also work on paralegal support helping women access justice regarding GBV, sorcery violence and any other forms of violence.”

She said despite the many challenges KUSWA encountered in its operation, it has progressed well and is now recognised around the communities.

The positive outcome has developed strong community networking and engagement, attracting many, who come to KUSWA, to seek assistance.

Ms Feferefu said its operational funds are all funded by OXFAM PNG, who under its Gender Justice Program, in partnership, supports the small community based organisations to deliver the needed services for gender-based-violence victims.

“The partner that KUSWA gets funding from is OXFAM”, she said.

Feferufa is grateful and says KUSWA and the staff have helped many and will continue to help save victims of violence.