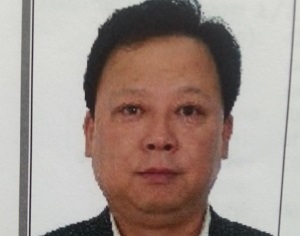 A 51-year-old Chinese national, Jacki Lu has been deported back to China.

Lu sought citizenship in Vanuatu in 2013 after allegedly stealing millions of Chinese Yuan. He came to Port Moresby and applied for a US visa but was detected through Interpol’s red list.

The Royal Papua New Guinea Constabulary, along with US and Chinese intelligence traced him and deported him. The Chinese fugitive is alleged to have stolen 300 million Chinese Yuan – about K128 million.

Jacki Lu has been wanted for setting up an internet pyramid scheme through a company called Jade Global Investments. Through the scheme, he was said to have pocketed money from more than 10,000 Chinese investors.

Mr Yamasombi commented that this act is a classic example of transnational criminal border crossing. Lu came to PNG on November 13th this year and applied for a US visa at the American Embassy. US officials detected him through Interpol’s red list and alerted the PNG authorities.

Yamasombi said that a lot of these thieves are still on the run.

However, Lu’s arrest and deportation reflects RPNGC’s ability to work together and share information with other police forces across the globe in the fight against transnational crime.