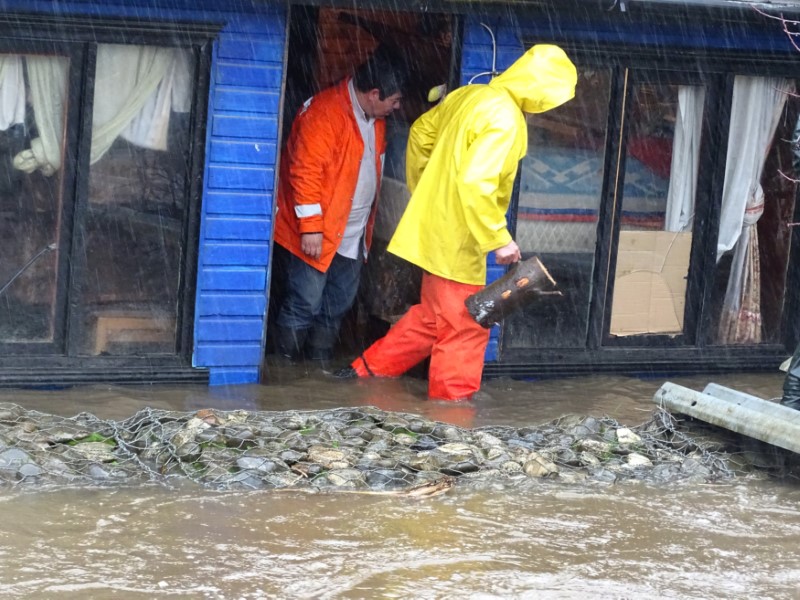 Image: Residents of a house are seen on a flooded street due to torrential rains causing a river to overflow, in Curanilahue city, south of Chile, June 16, 2017. REUTERS/Manuel Araneda

SANTIAGO (Reuters) – Intense rains and snowstorms in central and southern Chile have left four people dead and nearly 3,000 homeless, as well as hundreds of thousands without power, authorities said on Saturday.

Most of those displaced live in the southern region of Biobio, where rivers overflowed and 34,000 lost power. Authorities said they were continuing to monitor the storm front, which first hit the country on Thursday night.

The South American country’s largest copper mines, mostly located in the north, have not reported any impact on operations from the storm. Chile is the world’s largest producer of the red metal.