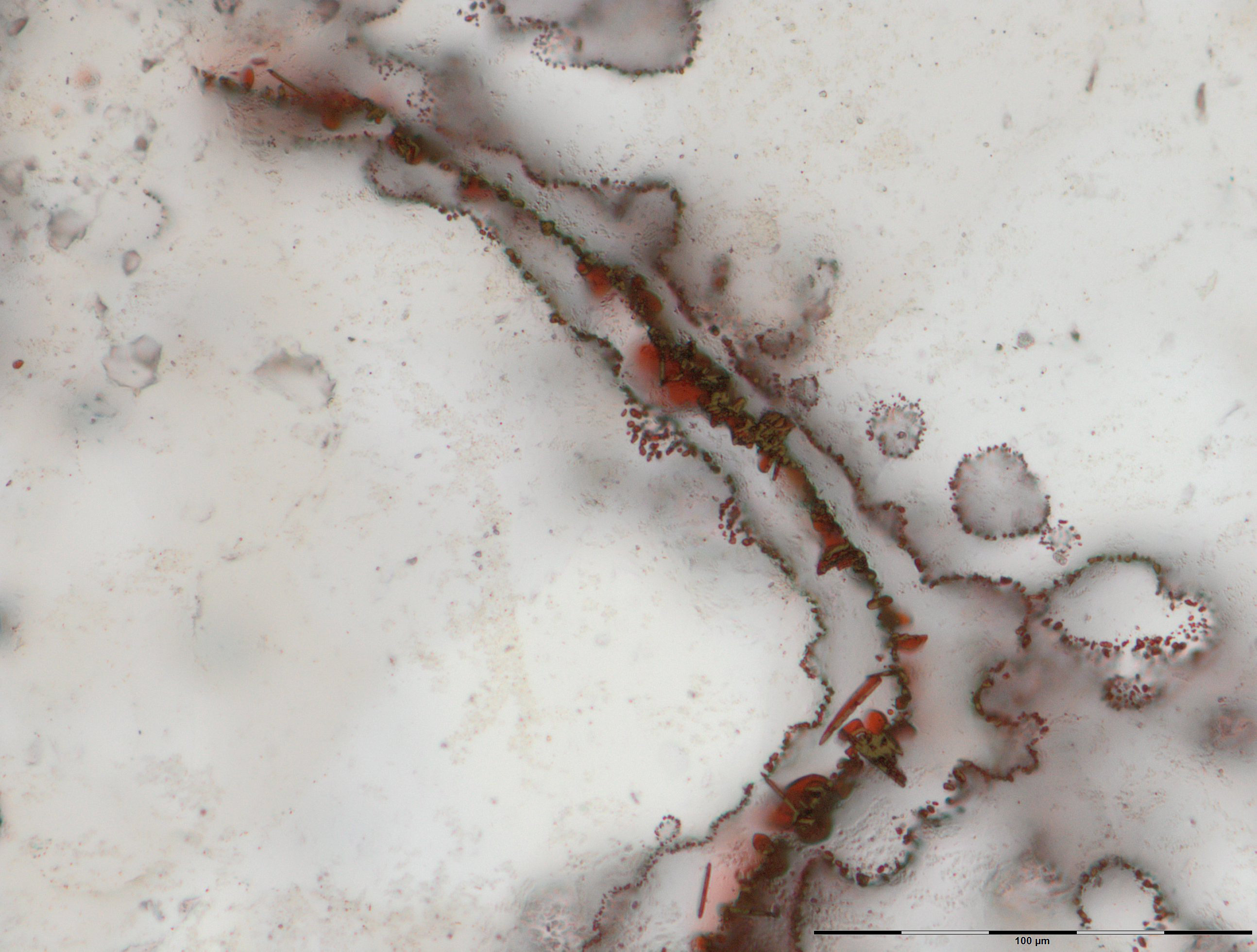 Image: A haematite filament enveloped by a fine irregular layer of nanoscopic haematite from vent deposits in the Nuvvuagittuq Supracrustal Belt in Québec, Canada is pictured in this undated handout photo obtained by Reuters March 1, 2017. Matthew Dodd/University College London/Handout via REUTERS

WASHINGTON (Reuters) – Microfossils up to almost 4.3 billion years old found in Canada of microbes are similar to the bacteria that thrive today around sea floor hydrothermal vents and may represent the oldest-known evidence of life on Earth, scientists said on Wednesday.

The fossils from the Hudson Bay shoreline in northern Quebec near the Nastapoka Islands lend credence to the hypothesis that hydrothermal vents spewing hot water may have been the cradle of life on Earth relatively soon after the planet formed, the researchers said.

They also said Earth’s planetary neighbor Mars at that time is thought to have had oceans, long since gone, that may have boasted similar conditions conducive to the advent of life.

Tiny filaments and tubes made of a form of iron oxide, or rust, formed by the microbes were found encased in layers of quartz that experts have determined to be between 3.77 billion and 4.28 billion years old, according to the study published in the journal Nature.

The researchers expressed confidence the fossils from northeastern Canada were formed by organisms, saying no non-biological explanation was plausible.

It was primordial microbes like those described in the study that set in motion the evolutionary march toward complex life and, eventually, the appearance of humans 200,000 years ago.

“Understanding how and when life began on Earth helps answer the long-standing questions: Where do we come from? Is there life elsewhere in the universe?” said study researcher Matthew Dodd, a University College London biogeochemist.

The scientists said the primordial microbes’ structure closely resembled modern bacteria that dwell near iron-rich hydrothermal vents. They believe that, like their modern counterparts, they were iron-eaters. The rock’s composition was consistent with a deep-sea vent environment.

“It is also important for the evolution of life. It shows that some microbes have not changed significantly” since Earth’s early times, Papineau said.

The fossils appear to be older than any other previously discovered evidence of life. For example, other scientists last year described 3.7 billion-year-old fossilized microbial mats, called stromatolites, from Greenland.

(Reporting by Will Dunham; Editing by Bill Trott)