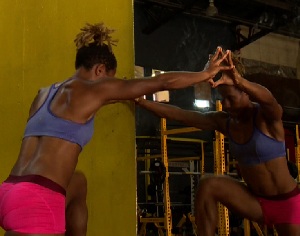 The 2014, 6th BSP PNG Games, is expected to be bigger and better with both elite and amateur athletes showcasing their talents and skills in respective sporting codes.

Toea Wisil, the Games Ambassador, is keen on supporting upcoming athletes who will be representing their provinces in the games.

She is currently still in the country, upon returning to attend to family obligations during the recent passing of her father.

The 26-year-old track sensation described her father as her mentor, likewise to her siblings, including PNG Men’s 100m and 200m specialist, Kupun Wisil.

Toea made her debut in the finals of the National Athletics Championships in 2004 in Lae, where she recalls running barefoot on the Sir Ignatius Kilage stadium synthetic track.

This time around, Toea is banking on younger sister, Christine Wisil, who will be representing Team Jiwaka in the 100m, 200m and 4 by 100m relays, to carry on the Wisil pride.

Christine has the task of living up to the family name whilst representing their home province; and with much at stake, she is prepared to give it the best she has in her track events.