TAIPEI (Reuters) – A strong typhoon swept across Taiwan on Sunday, injuring more than 80 people, forcing the capital to shut down essential services and knocking out power to hundreds of thousands of homes.

Forty people were trapped in the southern parts of the island, mainly due to floodwaters, the government said.

“Typhoon Nesat,” a medium strength typhoon, made landfall on Saturday and is expected to lash the island over the course of two days, affecting the south most heavily, according to the Central Weather Bureau.

Wind speeds of the typhoon were clocked at around 119 kilometres per hour (70 mph), the bureau said.

More than 80 rescue workers were injured along with three other people who had been sent to hospital, the government said in statements. 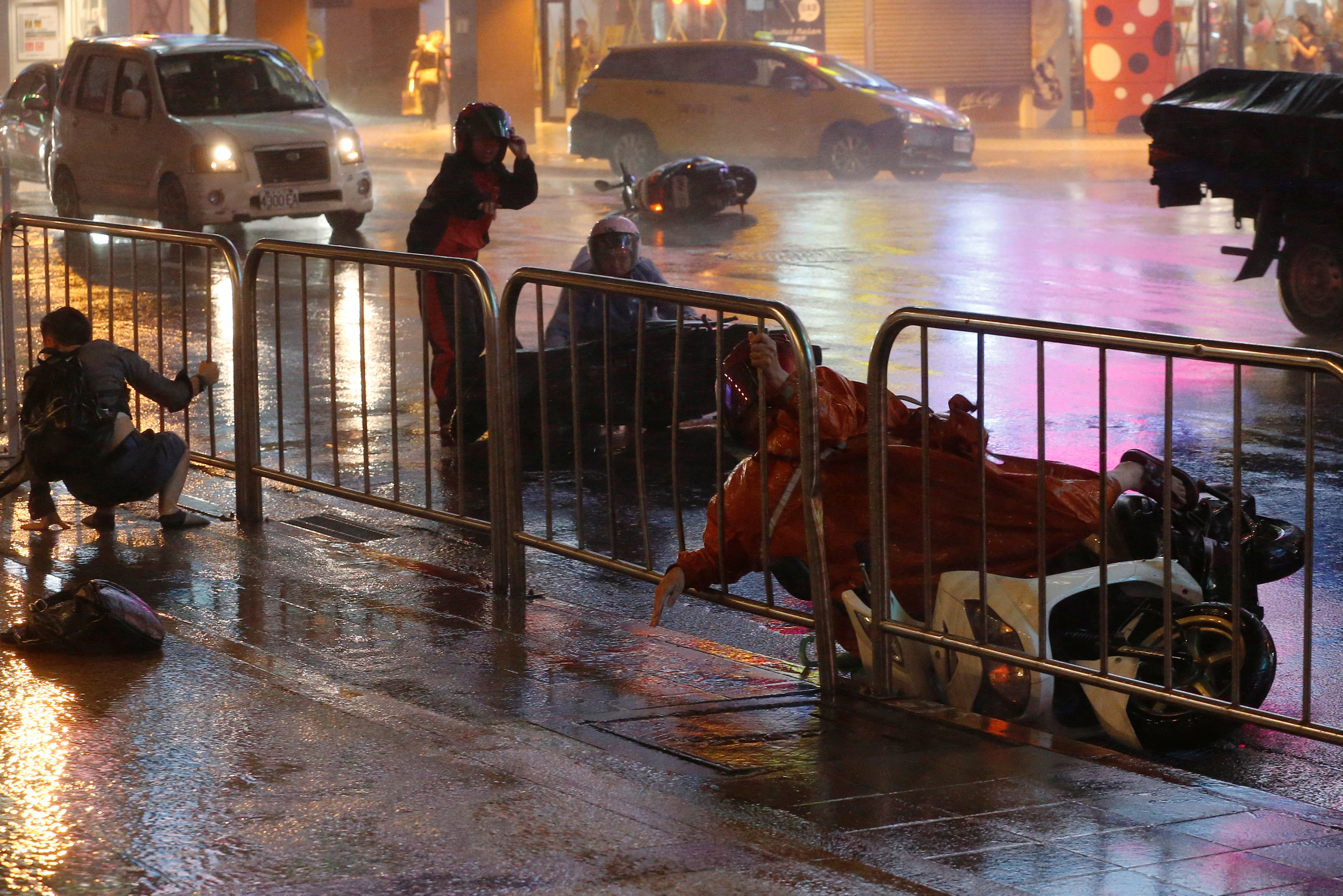 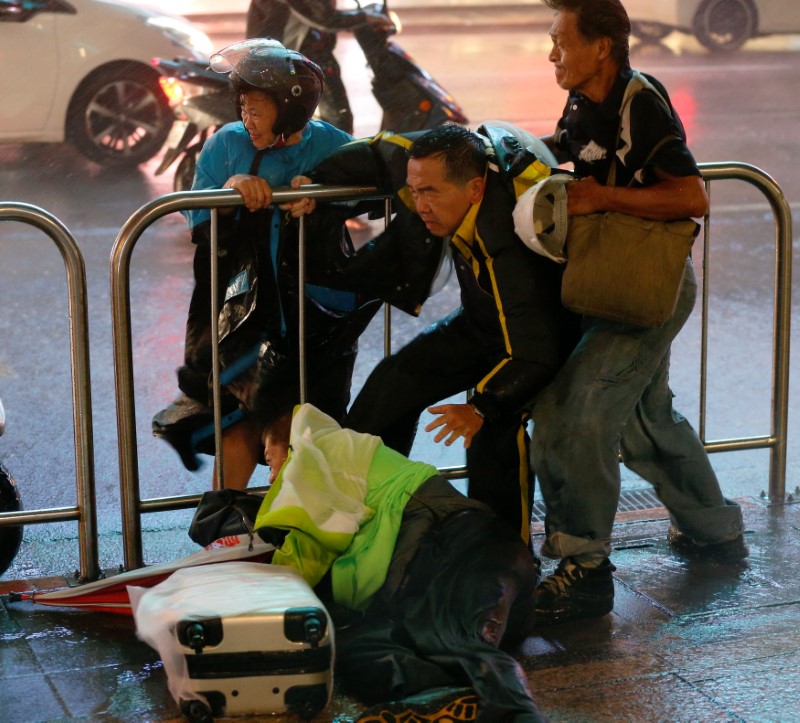 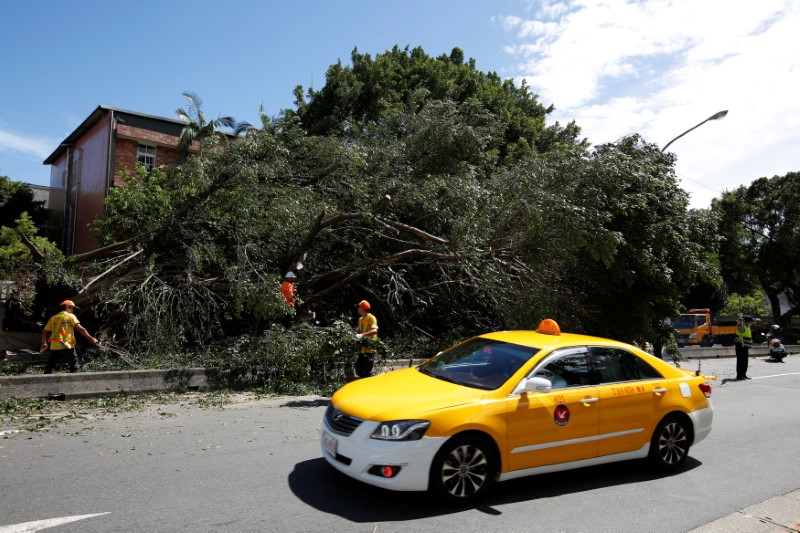 Many of the injured rescue personnel were hit by falling debris, with two suffering severe injuries.

In the capital Taipei, all work and scheduled classes were cancelled on Saturday evening and all of Sunday. The city shut down trash collection services, bike rental services, and altered its subway schedules.

Cities and counties across the island cancelled work and classes on Sunday as well.

Power was knocked out to about half a million homes at one point. As of Sunday morning, the government said about 360,000 households had their electricity restored.

In China’s Fujian province, more than 3,100 people were evacuated to the shore from fish farms to brace for the typhoon’s impact, China’s official state media Xinhua reported.

The storm is expected to hit mainland China early on Sunday, and torrential rain is expected through to Wednesday.