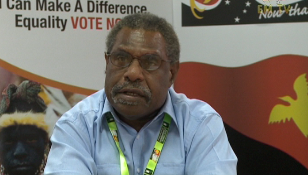 In a statement yesterday described as outrageous claims that there was foul play by the Commission in the conduct of the 2012 National general Elections.

He was responding to claims by opposition Leader and Vanimo-Green MP Belden Namah of election fraud with the printing of 280,000 generic ballot papers used by some politicians to get voted into office.

PM Cautions On Spread Of TB