Business Advantage International’s PNG 100 CEO Survey of chief executives in Papua New Guinea’s biggest companies has found that many business leaders fell short of their profit expectations in 2016. But the mood remains cautiously optimistic and there are signs of growing confidence in 2017. 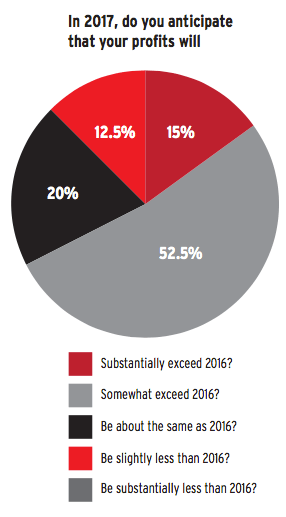 This is the sixth year that Business Advantage International has run the PNG 100 CEO Survey—its exclusive survey of the chief executives who run PNG’s largest companies.

Each year, the survey aims to reveal levels of business confidence by asking CEOs about their anticipated profit levels and expectations for investment and recruitment in the year ahead.

They also identify the key issues that they face in their businesses.

Twelve months ago, when we asked the CEOs what their profit expectations were for 2016, they were optimistic.

Half thought profits would ‘substantially’ or ‘somewhat’ exceed the levels of 2015.

A year on and that optimism has proved to be overstated, although the picture is nuanced.

‘Despite a sustained economic slowdown business leaders are optimistic.’ 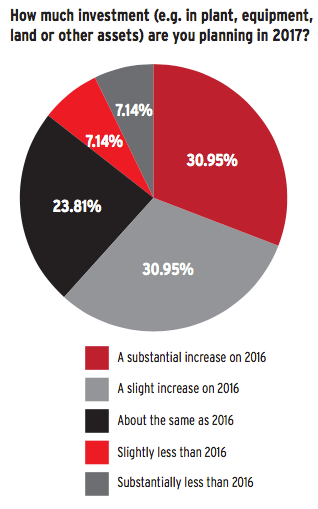 Despite a sustained economic slowdown, business leaders are optimistic. More than two-thirds (67.5 per cent) believe that profits will rise this year, an increase in the level of optimism in the previous year.

Two useful indicators of economic confidence are how much business leaders intend to invest and how many new people they intend to employ.

The patterns of intended investment are more bullish than anticipated employment levels.

About 31 per cent of respondents said they expected to make a ‘substantial’ increase in investment this year.

‘No CEO expects a substantial reduction in staff numbers.’ 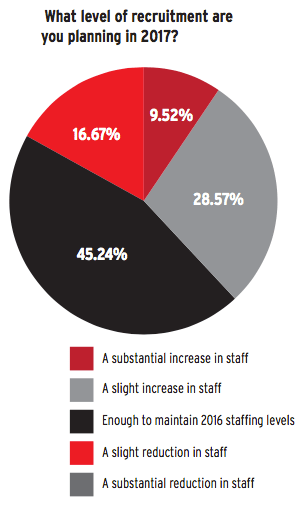 No CEO expects a substantial reduction in staff numbers (3.23 per cent expected this in the previous year).

‘Once again, access to foreign exchange is regarded as the most critical issue.’

The majority, 45.2 per cent, expect staffing to remain unchanged.

More than a quarter (28.6 per cent), expect to make slight increases in recruitment, while 9.5 per cent are anticipating a substantial increase—a figure that was down from 19.3 per cent in the previous year.

Once again, access to foreign exchange is regarded as the most critical issue.

It was nominated as the major obstacle by 59.5 per cent of CEOs. 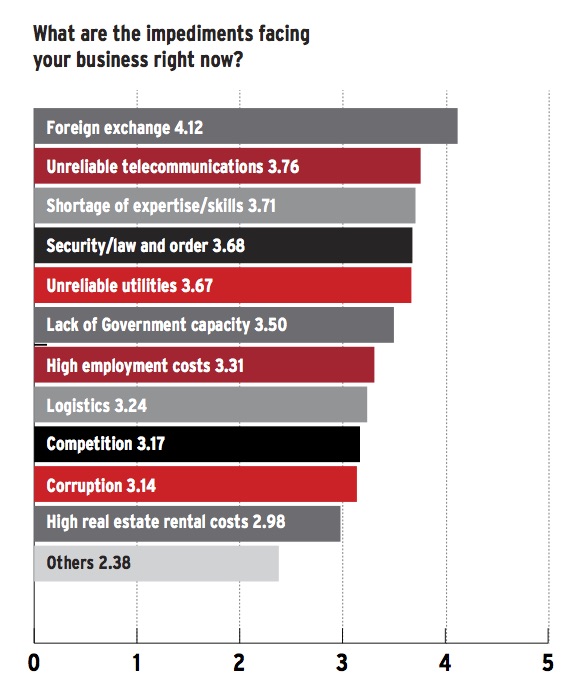 The PNG 100 CEO Survey was conducted by Business Advantage International between late November 2016 and early February 2017. The survey included senior executives from a representative sample of Papua New Guinea’s largest companies, across all sectors of the economy.

This article was first published in the 12th annual edition of Business Advantage Papua New Guinea, out now. BAI Publishing Director Andrew Wilkins will talk about the survey at the Papua New Guinea Investment Conference in Sydney, to be held on 7 & 8 September.