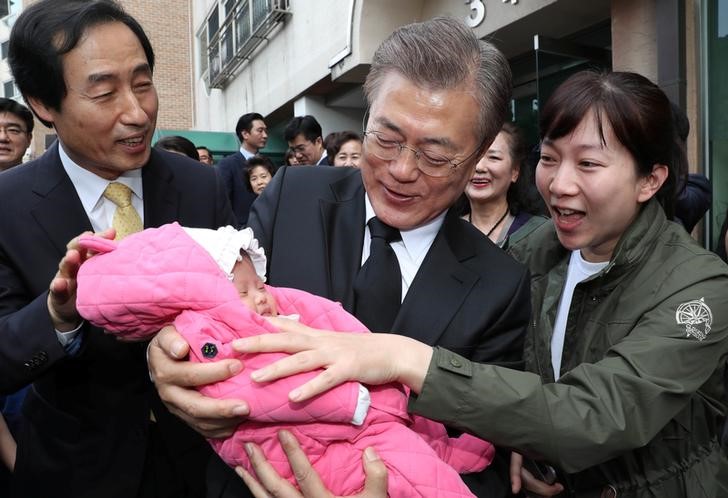 Image: South Korea’s President Moon Jae-in greets his supporters and neighbours as he leaves his house in Seoul, South Korea May 10, 2017. Baek Seung-ryol/Yonhap via REUTERS

SEOUL (Reuters) – South Korea’s new President Moon Jae-in said on Wednesday he was prepared to visit North Korea and was ready to negotiate with China and the United States over a controversial anti-missile defence system soon after he was sworn in on Wednesday.

Moon took the oath of office in a simple ceremony in the domed rotunda hall of the parliament building, a day after his liberal Democratic Party’s decisive victory in a snap election called to find a replacement for Park Geun-hye, who was ousted in March over a corruption scandal.

Unsafe Injections a Major Cause of Hepatitis Deaths