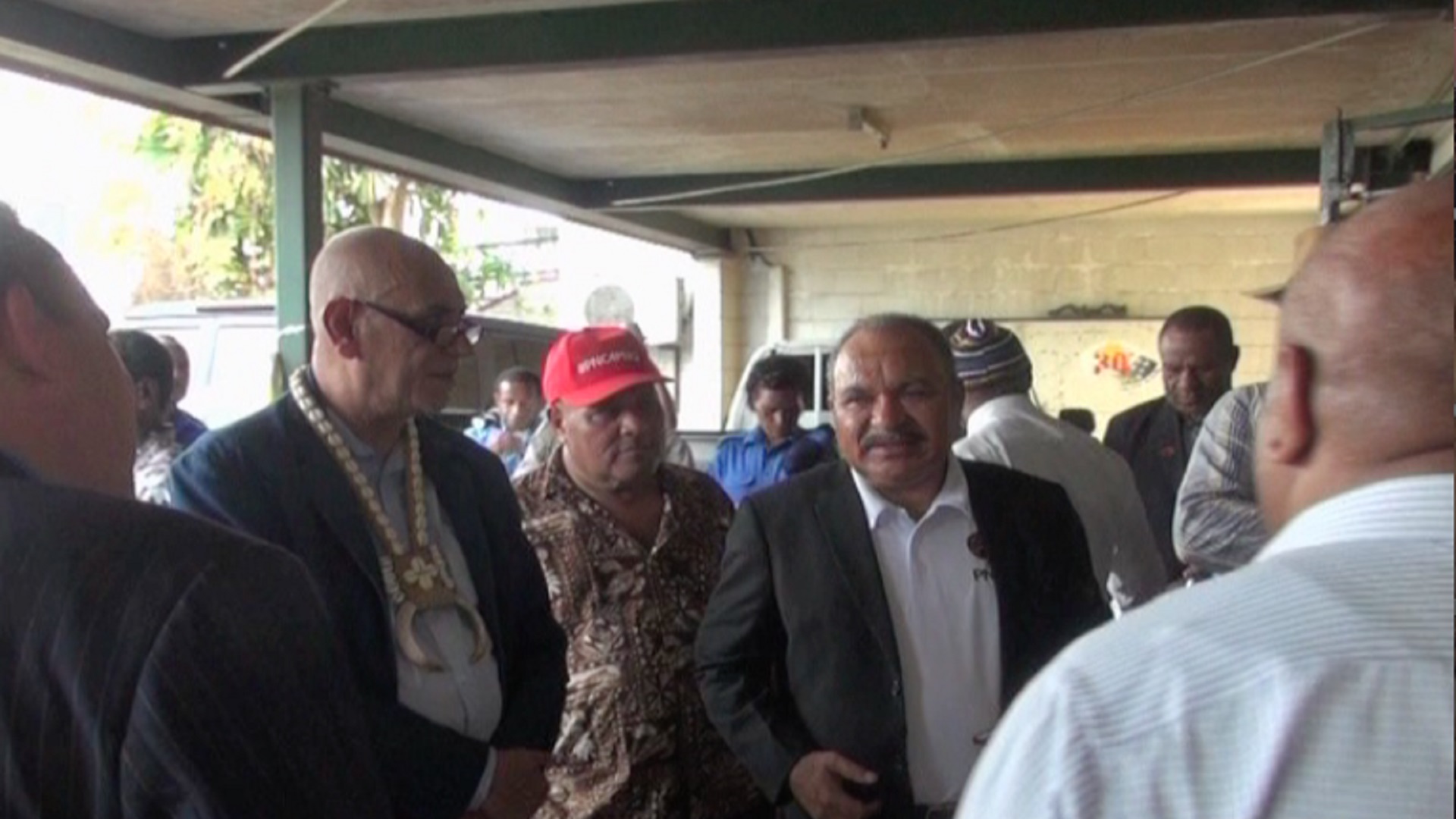 Malabag will be up against former Prime Minister, and former North West MP, Sir Mekere Mourata, as well as 36 other candidates.

The traffic came to a halt today, with Malabag’s supporters in their traditional dress, performing as a celebration of his nomination.

Malabag, like all candidates, waited his turn to submit his nomination outside the Boroko Electoral Commission with his escorts, PNC party Leader and sitting Prime Minister, Peter O’Neill; Sitting Moresby South Member Justin Tkatchenko; and Member for Kundiawa-Gembogl, Tobias Kulang.

Malabag successfully nominated and was hopeful he would retain his seat, with O’Neill saying that the government has invested a lot in Moresby North West.

The PNC leader while commenting on Malabag’s rival, Sir Mekere Morauta, said that they would give him a run for his money.

Meanwhile, Sir Mekere stated this week, after his nomination, that he has come out of retirement due to the bad management of the national economy.

A total of 38 will run for the Moresby North West seat, for the 2017 National Election. Three women are among the candidates.