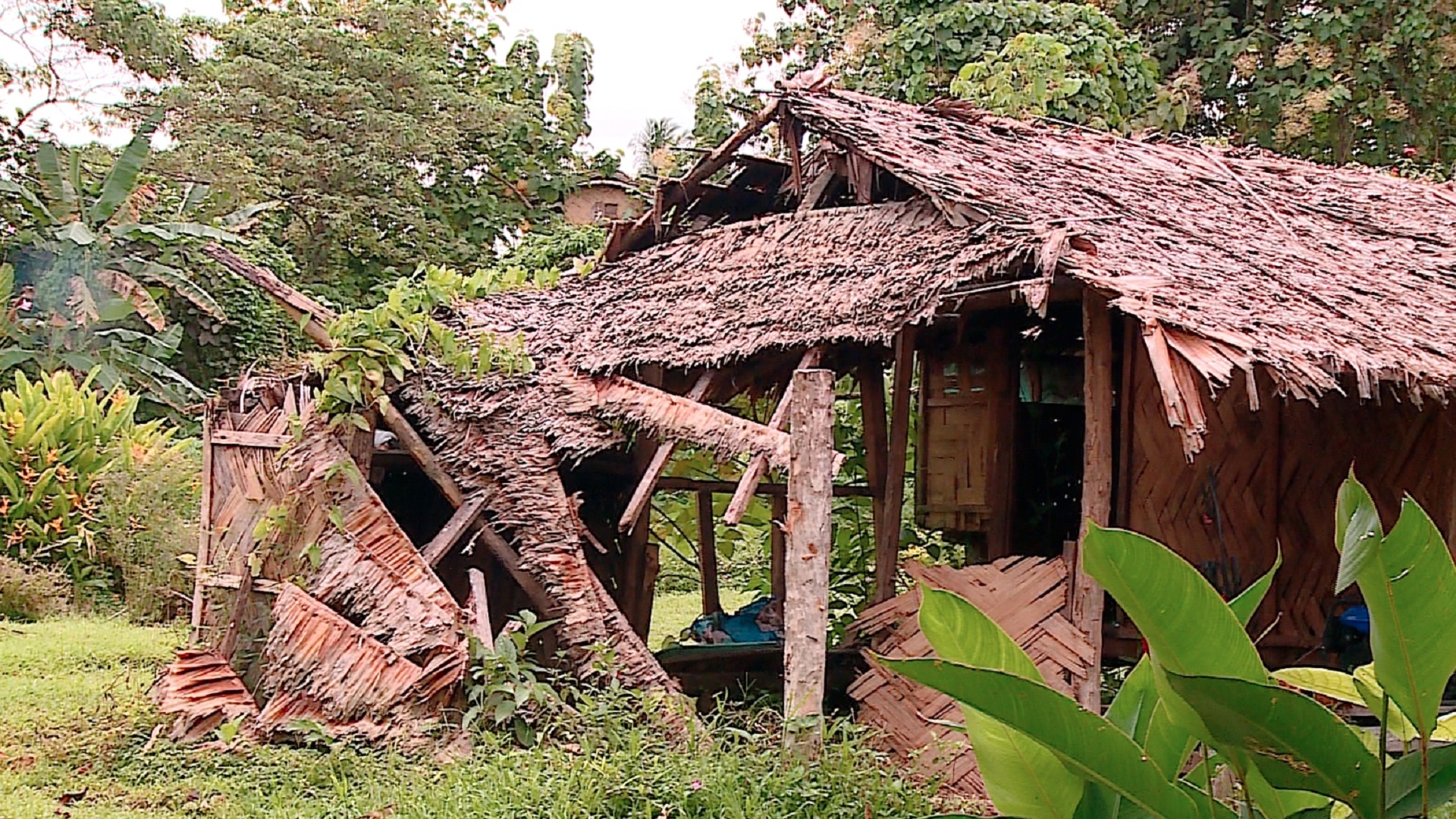 Image: A tattered example of a Traditional house in Torokina

For many communities in Papua New Guinea, the design of shelters is slowly beginning to change to incorporate elements of modern designs.

However, many rural communities still build shelter according to their traditional designs.

For the people of Torokina, on the West Coast of Bougainville, the need for building shelters that can withstand the threats of disasters has become crucial, particularly given the increase in instances of disasters in recent years.

Although the district has roads, these roads only connect villages within Torokina District. This effectively isolates Torokina from the rest of Bougainville.

The International Organization for Migration, IOM was in Torokina recently, on its mission to provide training for communities on safe shelter – a need which has become more important, given that Torokina sits in the shadows of Bougainville’s only active volcano, Mount Bagana.