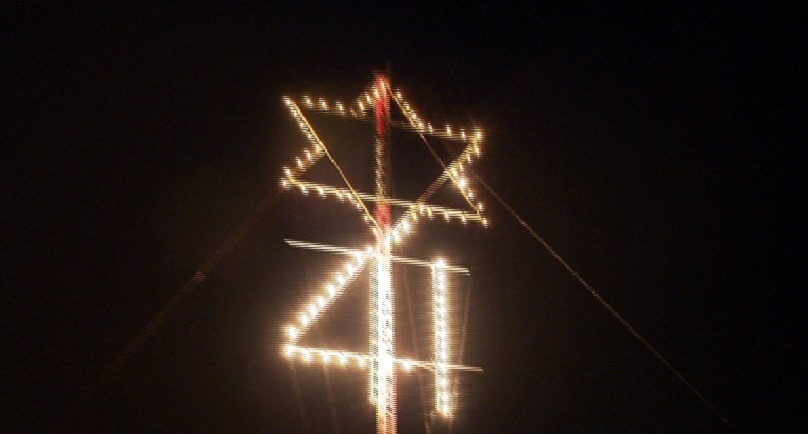 PNG Defense Force Signals Squadron celebrated with ground blasts (by explosives) and switched on their Christmas star to provide festive lighting to the city residents during the festive period.

This event coincided with other significant festive celebrations in the country and also commemorates the unit’s 41st Anniversary celebrations service to the defense force.

Saturday evening, at around 7pm at Murray Barracks Hill in Port Moresby, the riggers company affiliated to signal squadron, detonated explosives simultaneously with the switching on of the Christmas star to light the city skyline.

The event was embraced with an end of year party celebrations that invited military personals ex-servicemen, families, friends, and invited guests to the area.

After gaining independence on 16th September 1975 the functions and administration of the squadron were handed over to the nationals till now.

The unit comprises of four troops (a troop is equal to platoon that is 30 men plus women).

Total number of troops is more than 130 men and women including those in other signals detachments in the country and those in operations.

PNGDF signal squadron commander Major Percy Marai said since NCDC was at stake in providing financial assistance, the PNGDF assisted with little, and efforts and contributions from his men resulted in a successul turnout.

After 3 years of neglect, this year Major Marai initiated the idea to showcase this major event.

Director of Communications Lt. Canal Tau said putting together something like this is not easy.

“In this era money plays a big role and it’s a big achievement for organizing this event”, he said.

Signal unit is the only operational unit in the force support battalion.