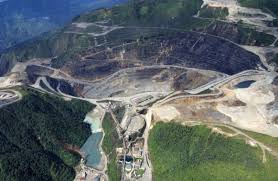 Young and Williams Lawyers have taken carriage of this matter and released a statement yesterday confirming this action taken by the people of Western Province through the foundation and eight other representatives.

The claim in Suit 628 in the High Court of Singapore relates to the 52 per cent shareholding in OTML formely held by BHP Minerals and transferred to PNGSDP on or around February 7th 2002 and/or the income derived from these shares.

The allegations they are filing in Suit 628 among others are the following:

The statement further stated that the plaintiffs seek among others the following reliefs:

This lawsuit comes after the PNG Government under then Prime Minister Peter O’Neill filed also at the Singapore High Court seeking to bring monies held by the trustee in Singapore but failed as the courts were in favour of PNGSDP.