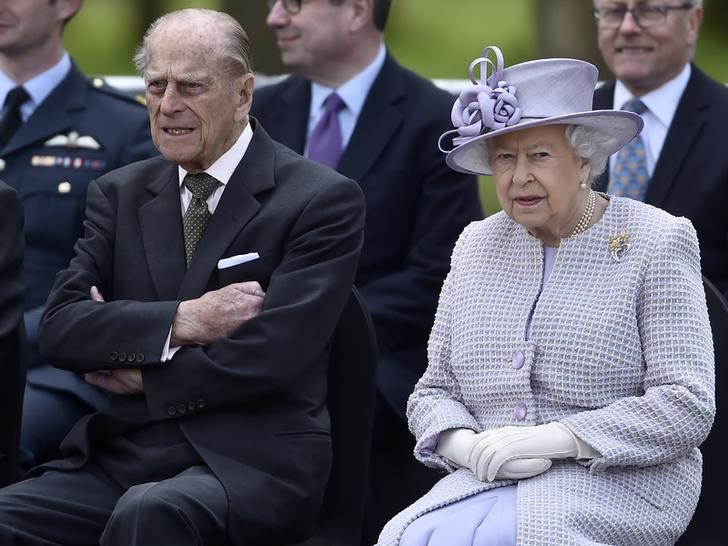 LONDON (Reuters) – There is no cause for alarm about the welfare of Queen Elizabeth or her husband Prince Philip after all senior royal staff were summoned to a meeting at Buckingham Palace, a well-placed source told Reuters on Thursday.

The Daily Mail newspaper had earlier reported that senior aides from across the country had been called to Buckingham Palace for an emergency meeting, leading to wide speculation on social media about the health of the royals.

“There’s no cause for alarm,” the source, who spoke on condition of anonymity, told Reuters.

Elizabeth met Prime Minister Theresa May on Wednesday to formally agree to the dissolution of parliament ahead of June’s election while Philip opened a new stand at Lord’s Cricket Ground in central London.

The Mail reported that the royal staff would be addressed by the Lord Chamberlain, the most senior officer of the Royal Household, and the queen’s Private Secretary Sir Christopher Geidt.

Buckingham Palace had no comment on the Mail report but the source said such all-staff meetings did occur occasionally.

Elizabeth, who ascended to the throne in 1952 is Britain’s longest-reigning monarch, and polls show she remains hugely popular among Britons. She and Philip are due to celebrate her platinum or 70th wedding anniversary in November.

Despite their age, the couple continue to carry out hundreds of official duties although they have cut back on their workload in recent years, passing on many responsibilities to son and heir Prince Charles, and grandsons, Princes William and Harry.

The queen missed a traditional Christmas church service last year for the first time in decades due to a heavy cold and was hospitalised in March 2013 with symptoms of gastroenteritis, the first time she had needed hospital treatment in a decade.

While her father, George VI, died at the relatively young age of 56, her mother lived until 101 and was still appearing in public almost up until her death in 2002.

He was also hospitalized for a bladder infection during the queen’s Diamond Jubilee celebrations the year before, and spent Christmas 2011 in hospital where he underwent an operation to clear a blocked heart artery after suffering chest pains.