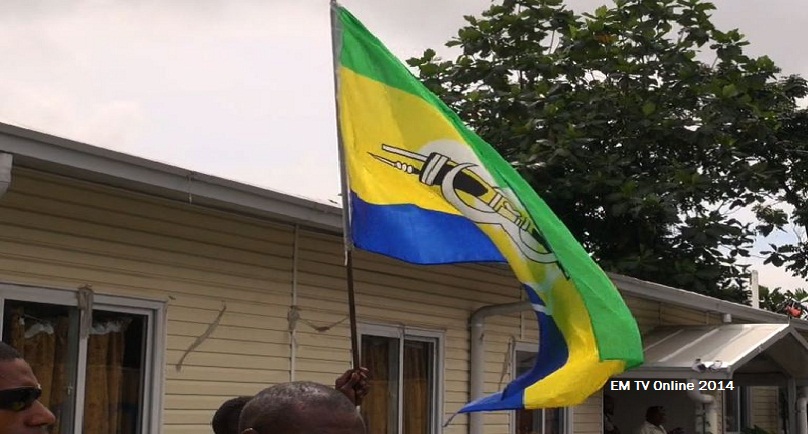 If there’s anything Morobe Governor Kelly Naru wants to see happen, starting Monday, it is the total decimation of Powes Parkop’s Team NCD on home ground.

Naru wants to see carnage like never before on the fields, on the courts and in the rings. The former Kone Tiger’s lock told Team Morobe last Thursday that the NCD governor had conveyed to him that  he (Naru) would be humiliated on home soil and that “his trousers would be removed” when Team NCD  lands on Morobe soil.

“But I told Powes Parkop [that] that won’t happen here because this is MY place! And I will remove your trousers and remove your shoes as well!”

Kelly Naru is determined to hold his head up, with Morobe pride at stake. He has been a regular visitor at sporting venues and Lae’s Igam Barracks, where Team Morobe has been camping.

On Thursday after the official send off, Team Morobe cheered him on at Igam, as the governor completed 10 push-ups. Governor Powes Parkop has not backed down with the banter.

“My brother Governor Kelly Naru has issued a challenge… Well, Team NCD are the champions and we are determined to keep our record intact,” he said.

Adding to the war of words yesterday, Kelly Naru responded to another Parkop challenge; one involving a power walk from Igam to the Sir Ignatius Kilage Stadium on Sunday morning.

“My brother Parkop also challenged me to walk from Igam to the games venue. I want to let him know that my day starts at four o’clock every morning. Not six, as suggested by him. He can start at 6am and finish at 8am because by then I will already be in church singing praises.”

As Morobe gears up to welcome the teams in true Morobe fashion, Team NCD and Governor Parkop have been invited to Yalu, Governor Naru’s home village, for a kulau before proceeding to their place of residence.