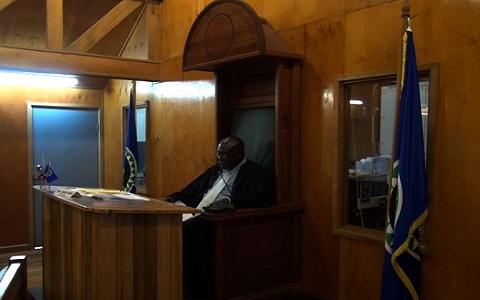 Bougainville’s implementation plan for next year’s referendum must include specific pathways, guidelines, work plans and budgets to resolve all outstanding matters associated with conducting a free and fair Referendum. This is from Bougainville President, Chief Doctor John Momis.

This week the Bougainville House of Representatives, met for the June session.

President Momis in his statement talked about the referendum, Bougainville’s political independence decider.

With published guidelines and plan, Bougainvilleans will have strong views about Bougainville and its future, participating in its determination.

Chief Momis said outside views and inputs are needed, an expectation of the Bougainville Executive Council and its administration.

He pointed out the National Government is required by law to co-operate with the Autonomous Bougainville Government, negotiating international agreements.
Speaking on the United Nations role, Chief Momis said the ABG has respect on the organization’s role, in securing peace and supporting the referendum conduct.
However UN will need to strengthen is senior political presence in Bougainville.
Momis said it would be negligent if leaders don’t seek to use the powers and authority given under the Peace Agreement.