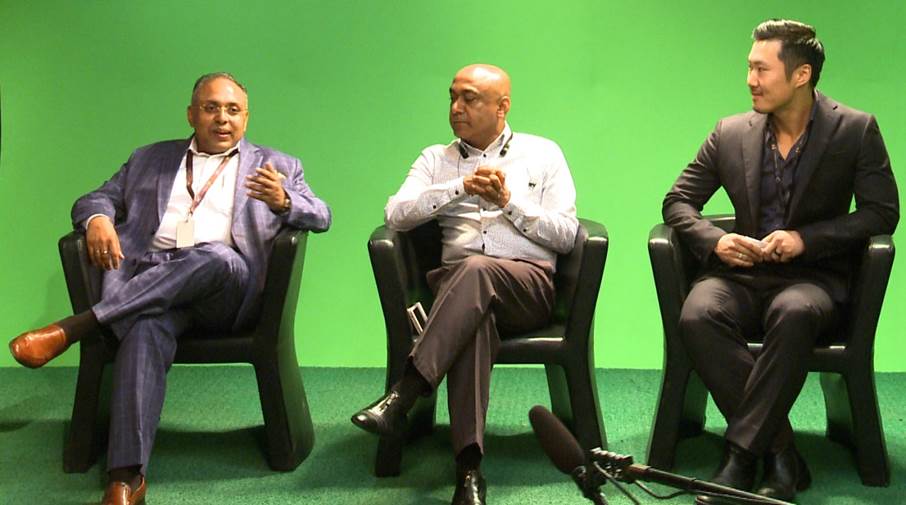 Mr. Park, who has spent almost 15 years in media and TV broadcasting, is not new to the PNG broadcast media space. He previously worked as Commercial Director and Regional Head of Content and Programming at TVWAN, and most recently as Chief Operating Officer for Pay TV Operator, Hitron PNG.

Mr. Park has been working closely with Mr. Sud over the past few weeks, to ensure a smooth transition into the CEO role.

Speaking at the official handover announcement earlier this week, Mr. Sud, who has been instrumental in transforming Media Niugini Limited from a small domestic-oriented TV broadcaster, to a regional and globally-recognised TV Station, is confident that Mr. Park will do well for the future of EMTV.

“Matthew comes with a very strong background in the media space, and I am very confident that Matthew is the right person to take the shift forward for EMTV and Media Niugini Limited as a whole,” Mr. Sud said.

He said Mr. Park has the skills to improve EMTV’s production and content quality, and it can only be for the good of the company.

Mr. Park, in a word of thanks to Mr. Sud, said the transition period for the handover of the CEO’s role has been extremely informative, and he recognises the skills and talent of staff at Media Niugini Limited. He will do all he can to ensure the company is well-positioned to achieve its goal of higher quality of news and production moving forward.

“I want to extend my appreciation to Bhanu for his professionalism and his hard work over the years here at Media Niugini Limited.”

“I look forward to taking on this challenging role as CEO of Media Niugini Limited. I see a lot of talent and passion here from the EMTV team, and it’s a positive thing to build on.”