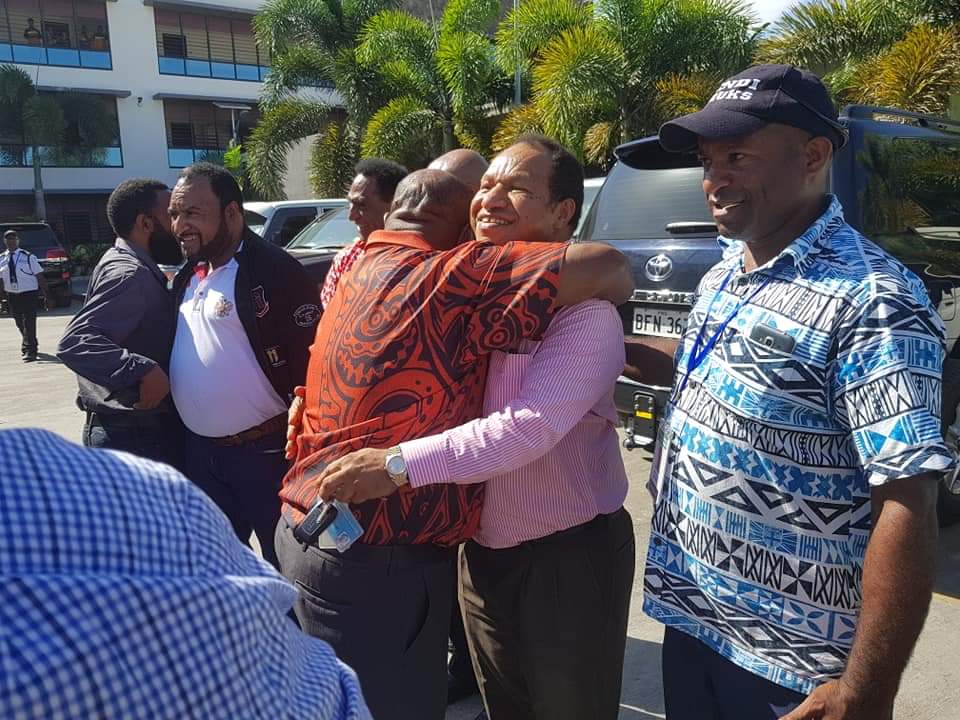 The biggest coalition partner in the O’Neill-Abel Government has defected to the Opposition in the most  dramatic shift in  numbers in the last 10 hours.

State Enterprises Minister, William Duma, arrived at the Opposition’s Laguna camp just after 2pm today following days of intense negotiations behind the scenes.  As leader of the United Resource Party (URP), Duma  brings with him 11 MPs to the Opposition.

In tow, was Higher Education Minister, Pila Niningi and  Police Minister, Jelta Wong.  Duma immediately  held a news conference in which he expressed his reasons for leaving the government. Chief among them was the UBS loan.

“I have never come out publicly. But I can say that I was one of those that opposed the UBS deal. My colleagues,  Don Polye and Kerenga Kua…we were terminated for speaking out. We were not terminated for incompetence.

“It is in the best interest of the people who we represent that we join the  Opposition and call for a change in government.”

About half an hour before William Duma’s arrival,  Commerce and trade Minister,  Wera Mori,  arrived at the  Opposition camp where he was welcomed by opposition MPs.

The camp is now  understood to have over 60 MPs.

Morata Community to Advocate against Gender-Based Violence and HIV