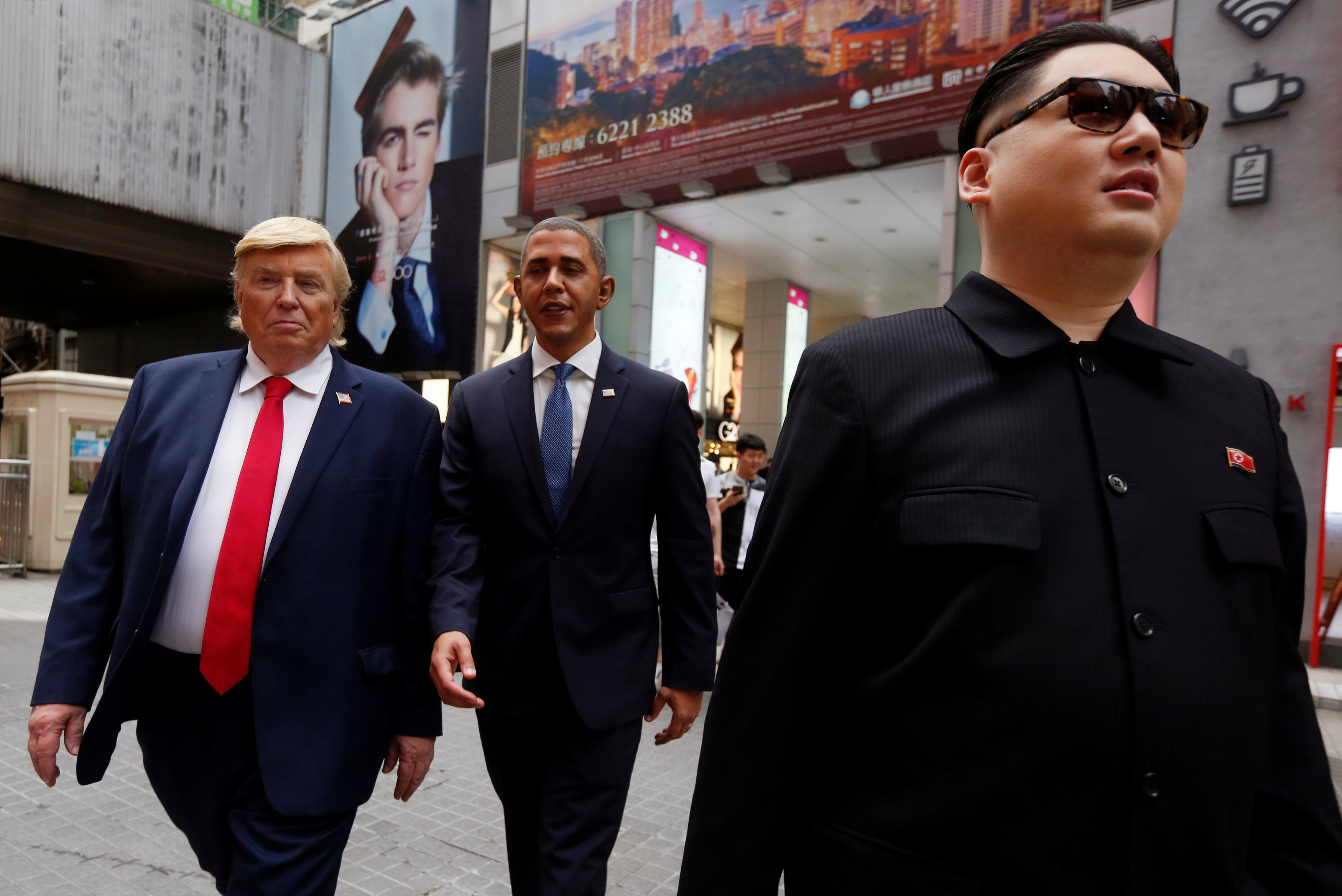 Traffic stopped as people, some in town to attend a rugby tournament, swarmed around the trio to take pictures in a downtown shopping district.

On a day when Trump was meeting Chinese president Xi Jinping in Florida with North Korea’s nuclear threat high on the agenda, Trump’s double hammed it up with the hermit kingdom’s leader.

Kim’s impersonator meanwhile kept a stern face and warned the crowds clamoring for a selfie to stop or he’d send them to a labor camp.

He was later pictured sitting with the two U.S. ‘presidents’.

“Wow, I have to say that it’s a great honor to sit between Obama and Donald Trump,” said Kim impersonator Howard X, with a head of slick black hair and chubby cheeks.

“Let me just tell you, as a great leader, the greatest leader, Donald Trump is such a blast.”

Obama impersonator Reggie Brown, sporting custom-made prosthetic ears, said he was happy for all the love.

“I think the world is missing Obama now because (of) our current president back in the United States,” said Brown, who flew in from Chicago.

“I am not Donald Trump, people have said for years that I look like Donald Trump. And I’ve used the way that I look …to make people laugh. And whether or not criticisms of Donald Trump are true or not, a lot of the humor about him is funny,” he said.

Anti-Trump protesters take to the streets for third night