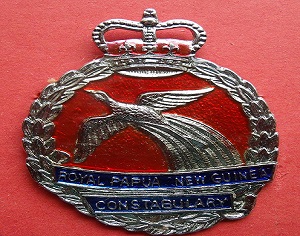 Public Motor Vehicles (PMV) in Lae have been given a warning by Lae’s Metropolitan Command to follow traffic laws by ensuring vehicles are properly registered and roadworthy.

Lae Metropolitan Superintendent, Iven Lakatani today said PMV’s are there for the people but their operation of business should also comply with the traffic regulations of the Traffic Police.

Lae’s Police Traffic has had cases of defective vehicles and unregistered vehicles impounded at their Traffic Office area.

Due to the road accidents that happen along the main Highlands Highway as well as within the city, Police Traffic will be closely monitoring vehicles in Lae.

Lae is now experiencing an influx of people for the festive season thus more vehicles are expected to be seen on the roads of Lae.

However, Superintendent Lakatani said the Police Traffic in Lae will continue to carry out its operations in the province to cut down on the number of road accidents they normally have.

Meanwhile, the Australian Federal Police Policing Partnership with PNG today presented a 6 meter tent to PNG’s Royal Constabulary in Lae for use in major events such police parades, Independence Day gatherings or at sporting games venues.